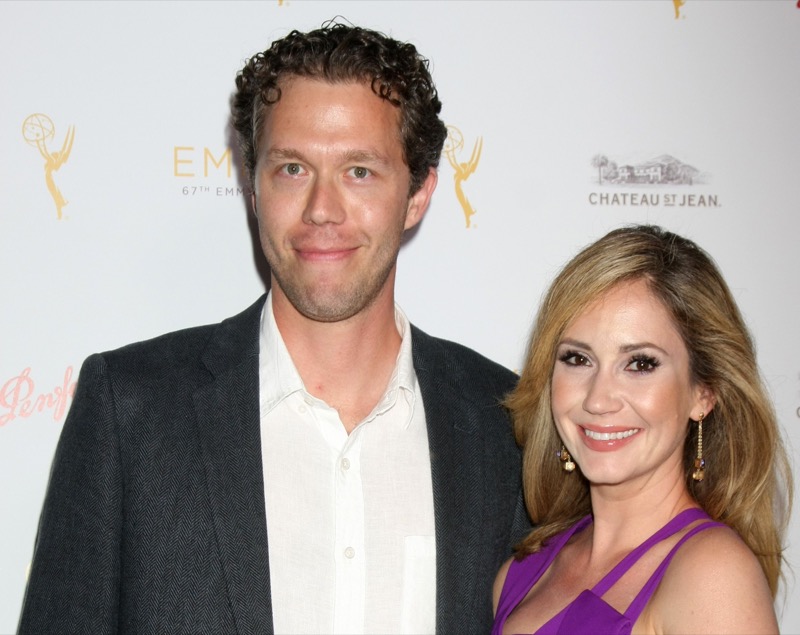 Ashley Jones, who plays Bridget Forrester on the CBS daytime drama The Bold and the Beautiful has been granted a divorce and a restraining order at the same time.

TMZ reports that the soap star’s divorce has been finalized and the judge also extended court-ordered protection against her ex.

Jones was married to Joel Henricks and they have one young son together. According to the outlet, “A judgment’s been entered in her divorce from, and according to the docs, they hammered out child custody issues earlier this month … and also figured out how they’re dividing up all their assets.”

Prior to the divorce, Ashley accused Henrick of physical abuse which resulted in a spiral fracture in her hand. Because of this she asked the court to extend her restraining order against him through Feb. 20, 2023, and the request was granted.

Ashley Jones Has a Restraining Order Against Her Ex

Additionally, Ashley will choose Hayden’s school for next year, and will pay 100% of the tuition. The documents also decree that she’ll have her son with her for Mother’s Day and her birthday every year. She and her ex will alternate their custody each year for holidays and school breaks.

Ashley Jones Stars on The Bold and the Beautiful

The divorce documents do not include child support or spousal support, and the exes reportedly have agreed that they will pay for all expenses incurred during their individual time with Hayden.

TMZ broke the story regarding Ashley’s filing for a divorce in 2019. At that time she asked for and got a restraining order against Henrick. Ashley filed for divorce Joel roughly 3 years after they married.