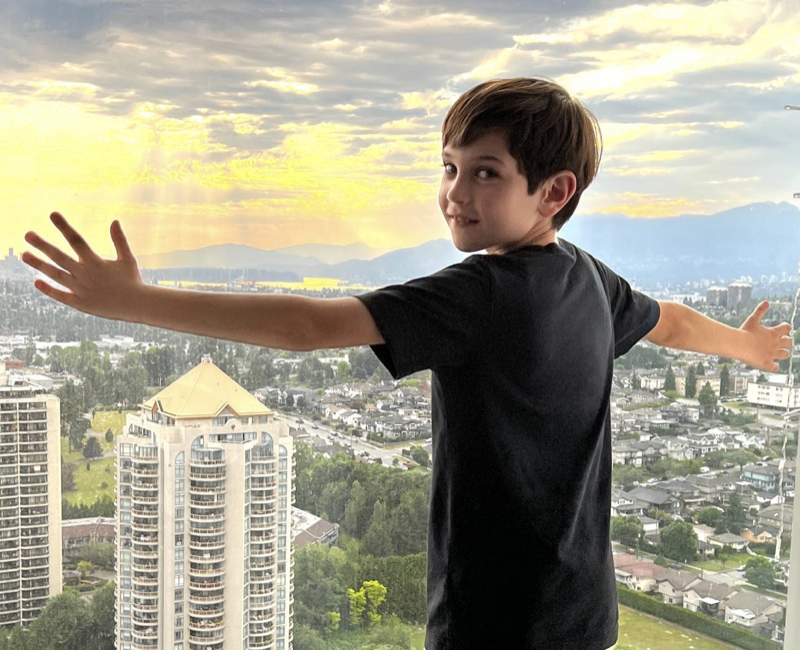 The Bold and the Beautiful comings and goings reveal Douglas getting a new face once again, but this time it’s a new-old face as Henry Jospeh Samiri returns to the scene.

The Bold and the Beautiful Spoilers: The ‘Real’ Douglas Is Back

Fans have grown attached to Henry Joseph Samiri as Douglas Forrester, the young actor who has played Thomas Forrester (Matthew Atkinson) and Caroline Spencer’s (Linsey Godfrey) son for nearly four years. Then, earlier in the summer he was suddenly gone and Django Ferri was playing the part, with Ferri looking somewhat older than Samiri, confusing fans about the character’s age.

Ferri had taken over the role on August 11 due to Samiri filming the new TV series called The Watchful Eye of Freedom. Filming took longer than expected and there was some question as to whether Samiri would rejoin B&B. Now, the October 17, 2022, issue of Soap Opera Digest confirms that Samiri will be Douglas once again and his first return airdate is Friday, October 14, 2022.

Douglas Is In A Pivotal Story

Having a new actor play Douglas Forrester was jarring for fans as the storyline they’d been clamoring for was finally starting to play out. Thomas decided he wanted to have his son back under his roof with the rest of the Forrester clan and not spend so much time with Hope Logan Spencer (Annika Noelle) and Liam Spencer (Scott Clifton).

Yes, Hope is his legal guardian and they were supposed to be sharing custody, but Thomas noted that Douglas was spending way too much time in that cabin with Hope and her clan.

Douglas has even been very vocal about wanting to be with his dad but with a new and capable, yet unfamiliar, young actor in the role it was hard to feel the emotions this story was supposed to conjure up. Samiri endeared himself to fans when Douglas told Liam that “Beth is Phoebe and Phoebe is Beth” ending that baby switch story.

Earlier this year, we all felt for Douglas again as he tried to get anyone who would listen to believe he saw Grandma Brooke Logan Forrester (Katherine Kelly Lang) kissing Santa Clause, aka Deacon Sharpe (Sean Kanan) in a Santa hat. Stay tuned to The Bold and the Beautiful weekdays to see Henry Joseph Samiri again.