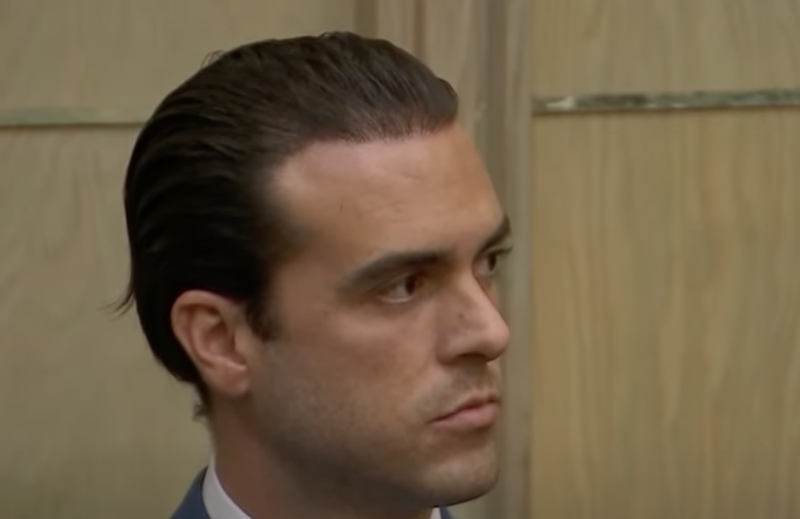 Pablo Lyle made his way into the world of entertainment by landing a role in a Mexican telenovela titled “La Sombra del Pasado.” Later, he acted in “Yankee” as Malcolm Moriarty which streamed on Netflix. And now, he faces the possibility of years in prison, because he killed someone. The road rage incident went down in Miami just over three years ago.

Some people can’t ever get over how some successful people ruin their lives by committing crimes. After all, those celebrities within the business of entertainment often live nice lifestyles. And yet, they manage to break the law and lose it all. Perhaps, they think that their celebrity status gives them some sort of protection. Murder, white color crime, child abuse, and more bring the end of luxury living.  But victims and immediate families suffer as well. When the guilty conviction of manslaughter was read out, both the family of the actor and the victim were devastated.

Pablo Lyle threw away years of his life when he viciously punched a man named Juan Ricardo Hernández. The Sun reported that Juan didn’t die immediately, and he ended up at a hospital. However, the 63-year-old passed away a few days later. So, the initial battery charge was changed to manslaughter. Reportedly, the Mexican soap opera star really has no way of claiming innocence as it was captured on video. Mind you, his lawyers argued that Juan started it. Actually, it seemed to take a long time to get to the point of conviction. But, possibly delays came because of covid and court backlogs. Meanwhile, the trial dragged on because of Hurricane Ian in Florida.

Possibly, there’s not enough coverage about the senseless violence of road rage. Miami-Dade State Attorney Katherine Fernandez Rundle gave a statement about the conviction of the actor. She said, “Two lives were destroyed by simple roadway anger, a situation we see far too often on our streets and on streets across the country.” When  Lyle lost his temper and punched Juan Ricardo Hernández. the older man slammed his head on the pavement. And now, the perpetrator has to pay for that.

Pablo Lyle Will face up to 15 years in prison. When WPLG Local 10 reported on the verdict, their reporter said that it was an emotional day. The accused showed no emotion when the verdict was read out. But in the courtroom, there were tears from family members. Pablo was allowed to kiss his wife before he was taken away wearing handcuffs.

Meanwhile, others noticed that Lyle didn’t seem at all sorry for what happened. Disgusted, user Candy Heredia wrote, “Extremely arrogant. He never apologized to the family of the elderly man he killed.”

Until his sentencing, the former soap and Netflix star will remain in custody.

Be sure to catch up on everything happening with Netflix and the soaps. Come back here often for more Celeb news and crime updates.