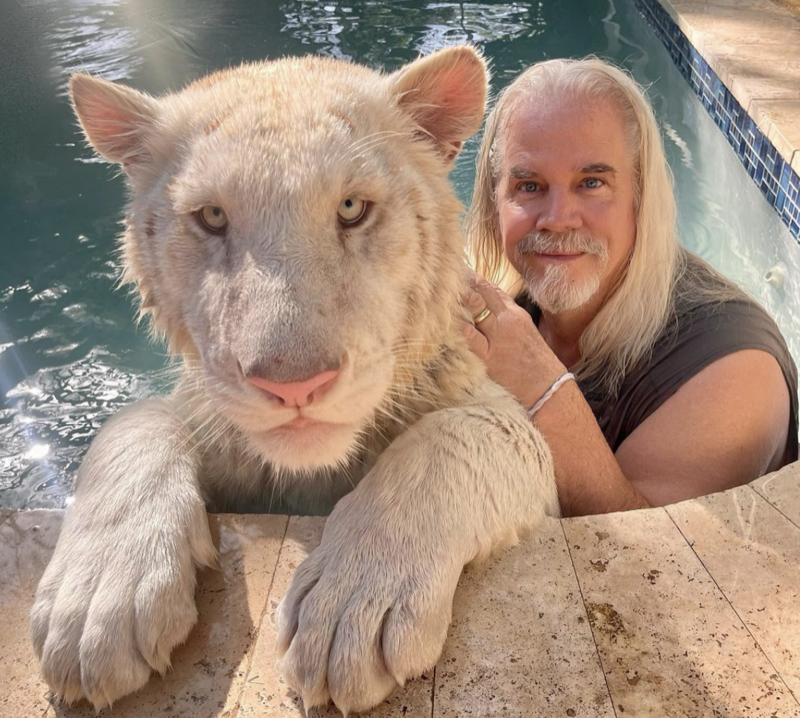 Tiger King star Bhagavan “Doc” Antle has arrested been by the feds for illicit financial activities and is due his day in court on Monday, June 13, 2022. An inside source told the Associated Press that the 62-year old reality TV star will be formally charged with federal money laundering. The private zookeeper has accrued a lengthy list of animal mistreatment claims over the years.

The wildlife trainer and big cat owner is incarcerated at the J. Reuben Long Detention Center in South Carolina where he owns Doc Antle’s Myrtle Beach Safari. He was arrested by the FBI on Friday, and the specific charges have not been announced.

Antle was seen in Netflix’s hit 2020 unscripted series “Tiger King.” The show was all about Joe Exotic, the private zookeeper convicted on animal cruelty charges and attempted murder-for-hire against big cat rival Carole Baskin. Antle’s latest arrest is the latest in a troubled history with the law.

In 2020, Antle denied claims that he euthanized tiger cubs when they were no longer profitable for Myrtle Beach Safari and his other venture, TIGERS (The Institute for Greatly Endangered and Rare Species).

“TIGERS/MBS has never euthanized any tiger cubs or adult tigers – nor any other animal,” Antle said on Instagram. “The insinuation is as foul as it is without foundation.”

“According to the Associated Press, Antle’s treatment of animals has warranted more than 35 violations against the U.S. Department of Agriculture, dating back as far as 1989. One instance included when he allegedly abandoned deer and peacocks at his Virginia Zoo.”

Antle has also come under fire by the animal rights organization PETA. In May they claimed that Antle was misusing funds from the Rare Species Fund and using them to, “offset the costs of his own for-profit business activities,” instead of using them for wildlife conservation, according to their website.

Come back here often we will update this story after Monday’s hearing in Florence, South Carolina and as more information becomes available.

Be sure to catch up on everything happening with “Doc” Antle. Come back here often for Celeb Justice news and updates.