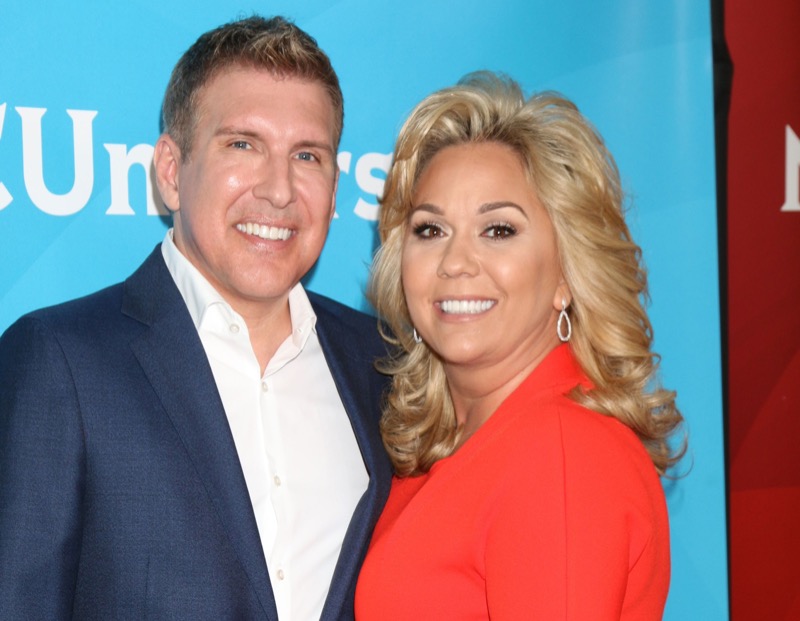 Chrisley Knows Best stars, Todd and Julie Chrisley lived like multi-millionaires but they were found guilty by a federal jury of wire fraud and tax evasion.  The court heard how they spent lavishly after borrowing from banks. However, the secured loans were apparently obtained fraudulently. Their bankruptcy left them free to write off the $20 million that they owned on the loans. So, they face possibly lengthy prison sentences. Ahead of the sentencing, certain restrictions have been applied.

The Chrisley Knows Best stars made money after the USA Network showed started airing. However, they actually owed the IRS $500K, the court found. It’s not clear how long they will serve in prison but they could face up to 30 years. In the wake of the verdict, a representative advised that they intend to appeal the verdict. All, along, they have claimed that they were basically set up to look bad by Mark Braddock, who was granted immunity from prosecution.

Todd and Julie Chrisley also said in their statement, that they make provision for the younger children whilst they await their sentencing. Their estranged daughter, Lindsie seemed to have a change of heart and spent some time with her dad and his second wife after the verdict. In an Instagram Story, she said that she felt “saddened.” Of course, she also mentioned her son Jackson, who will obviously be impacted by the whole issue. Meanwhile, Chrisley Knows Best fans worry about Todd’s mom, Nanny Faye.

Todd and Julie Chrisley Stand To Lose Everything

Katie Joy of Without A Crystal Ball, who covered the case extensively revealed that a source told her that “the IRS will be seizing all of their property with the conviction.” However, the judge also ordered that for now, they must live under strict rules. If they want to spend more than $1,000 they need to let their probation officer know about it. Although they might be considered a flight risk, they already surrendered their passports. So, they are not being held in jail at this time.

Todd and Julie Chrisley can’t live the extravagant lifestyle that they were used to. If you hadn’t heard, their sentencing date is scheduled for October 6. However, that might be flexible given that they intend to appeal. In the meantime, they are under freedom of movement restrictions, according to Insider. The outlet reported that Judge Eleanor Ross ordered that they “must stay at home at all times unless they are at work, school, religious service, or seeking medical care.”

Todd and Julie Chrisley will need to comply with the remand orders or they could seriously complicate their lives. More than likely, as they ponder an uncertain future, they will try and spend time with young Grayson, Chloe, their adult kids and their legal team.

Be sure to catch up on everything happening with Celeb Justice. Come back here often for more news and updates about Todd and Julie Chrisley.

Prince Harry Filed a Lawsuit Because His Feelings Were Hurt (Really)