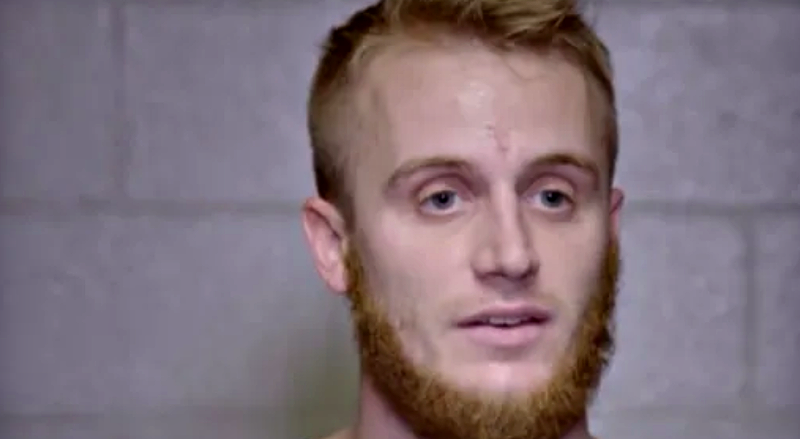 Nate Burrell, 33, who starred in the A&E reality TV show, 60 Days In reportedly died by a gunshot wound to the head on Saturday, July 23, reports the Daily Beast.

Burrell, who starred in seasons 3 and 4 of 60 Days In, died by apparent suicide on Saturday in his hometown of Michigan, according to his sister Chelsey Walker, who confirmed the news to TMZ over the weekend. Continue reading and we’ll give you the low down.

Burrell was charged with rape as well as multiple counts of assault last month, per Michigan court records. Prior to his appearance on the A&E show that follows individuals who volunteer to be imprisoned in jail for several months, Burrell served as a Marine from 2006 – 2010 completing two tours of duty in Iraq. He reportedly served in the Reserves after leaving active duty and was honorably discharged in 2013.

His sister told TMZ that Burelle “loved his family” as well as his country and was “a very caring guy.” She said that he was “just in a bad place” but was really proud of having been on 60 Days In, adding that he “really cherished his time on that show.”

Burrell first appeared on the show in Season 4 and, according to PEOPLE, was offered an extension into season 4 owing to the rapport he had established with other inmates during the show that was filmed in Fulton County, Atlanta.

Before his suicide, Burrell was facing five felony counts including first-degree criminal sexual conduct, assault with a dangerous weapon, and assault with intent to do great bodily harm less than murder. He had reportedly been scheduled for arraignment on November 9.

Following his service in the Marines, Burrell studied for and received an associate degree in criminal justice and law enforcement. His profile addressed his interest in law enforcement, “Nate was disappointed that, while he was stationed in Iraq on one of his two combat tours, his older brother had been arrested and was facing prison time again.

“He believes that the Criminal Justice System should be much tougher on criminals in order to dissuade them from returning, and he argues prisons should be more militaristic and less flexible when it comes to inmate liberties.”

Be sure to catch new episodes of 60 Days In starting August 18 at 8 PM CST on A&E. Return here often for more spoilers, news, and updates.

Did Prince Harry & Meghan Markle Miss An Opportunity By Not Living In Africa?