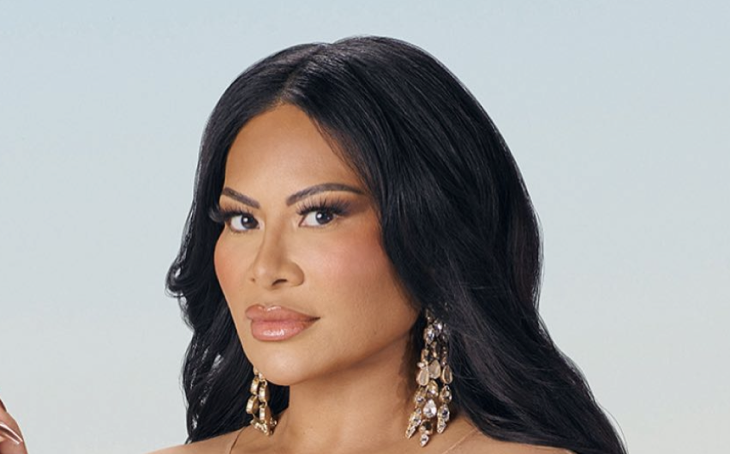 Real Housewives of Salt Lake City (RHOSCL) star, Jen Shah made the headlines recently and she seems a bit stressed about her upcoming sentencing for conspiracy to commit wire fraud. Apparently, she took a guilty plea and that meant that one of her pending charges was dropped. Still, that might not mean that she doesn’t do jail time. With the release of her sentencing date, might the Bravo star spend Christmas behind bars?

Real Housewives of Salt Lake City fans have watched the drama surrounding Jen for a long time now. It’s not clear why she thinks she might not end up in jail for defrauding the elderly. However, in a dramatic scene at Bravocon, Tamra Judge claimed that Jen told her that she won’t go to jail. At the time, she said, “[she] “isn’t going to jail, it’s all good.” Well, that sounded very optimistic. If you don’t know, the guilty plea involved pretty much admitting to the scam. Finally, after a long time of denial, it seems that she just outright lied.

As the countdown to the sentencing for the RHOSCL star approaches, she seems stressed and ill-tempered. In fact, this week, news arrived that she became involved in a public spat with some hecklers. Yelling and cussing, she finally left the restaurant where she had been with friends. If she doesn’t face jail time, then she really must have deep reasons for exploding with fury on a Salt Lake City street.

The RHOSCL Star Could Potentially End Up In prison

According to Jeff Weiner.com even if people just conspire and do actually carry out a scam via the postal service, it’s taken very seriously. Because it’s a “federal offense,” the punishment seems quite harsh. The website notes that “a convicted defendant could be required to pay fines of up to $250,000 and spend up to 20 years in prison.” So, it seems a bit strange that Jen is convinced that she won’t end up in prison.

RHOSCL fans heard that the sentencing date was moved to December at the request of her legal team. Now, it’s confirmed that it takes place on December 15. Certainly, if she gets a prison sentence, it’s unlikely that they will let her languish at home having a merry old Christmas day. Recall, Josh Duggar was taken out of the courtroom and put straight into custody when he received his sentence.

Bravo Fans React To The Date Coming Ahead Of Christmas

RHOSCL fans who saw the news shared by @bravoandcocktails on Instagram reacted in the comments. One of them said, “Merry Xmas….😮.”

Others felt sympathetic because she has a family. Mind you, when she admitted to the conspiracy to commit wire fraud, she clearly didn’t worry about them back then.

Tell us what you think. How do you feel about Real Housewives Of Salt Lake City star Jen Shah possibly spending Christmas behind bars?  And what do you predict her jail sentence will be? After you share your views, check back on our site for more celebrity justice news.

General Hospital Spoilers: Sam Noses Around in Cody’s Business, and He Bites Back