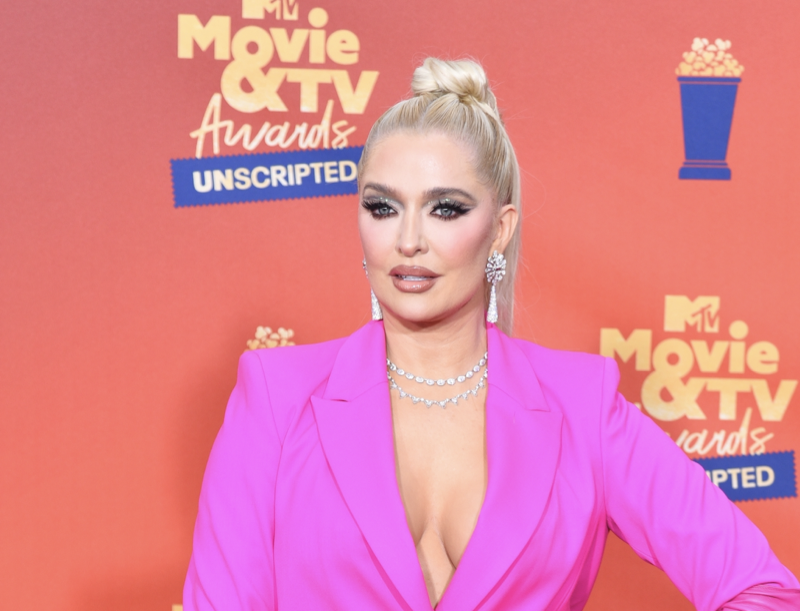 Real Housewives star Erika Jayne has repeatedly insisted that she wanted to hold onto her earrings from estranged hubby Tom Girardi. And even all her Real Housewives co-stars combined couldn’t change her mind. However, a legal order did what reality TV stars couldn’t.

And now the auction company has promoted its sale of those famous earrings. But in the process, some think that they managed to throw shade at Erika. Get all the details below.

Farewell, diamond earrings! After trying to keep her famous jewels that her estranged husband Tom Girardi bought, Erika Jayne watched them go on the auction block. But the estimated value of the earrings is much lower than Erika insisted. And the auction value reportedly falls between $250K to $350K. However, that sum clearly ignores the original purchase price of $750K, noted TMZ.

As Real Housewives stars know, Erika shared that Tom gave her the diamond earrings as a gift. But he allegedly stole the money for the gems from his clients through the years. And even though her co-stars pressured her to surrender them with grace, Jayne repeatedly insisted she deserved to keep them.

But Erika finally announced that she would hold onto her earrings unless a judge forced her to surrender them. And that scenario turned into reality. John Moran Auctioneers previously sold multiple items from the Girardi estate. However, the earrings will become part of a special sale event in December.

And in its efforts to hype those earrings, the auctioneers found a clever path. On its Instagram page promo, the company shared photo of the famous gems. But the caption carried the day.

“We. Have. THE. Earrings. #erikajayne #diamondearrings⁠,” wrote the company, trolling the Real Housewives star by mentioning her in its hash tags. ⁠ “Pictured:⁠ Erika Jayne’s Diamond Earrings. Fine Jewelry,” added the notation about the category. And the Instagram ad listed the auction date as well. “Wednesday, December 7, 2022 – 10 am PST.”⁠ ⁠

However, the promo also offered a quote from one of the company’s execs. The earrings rank as “quite possibly the most talked about jewelry in the world at the moment. [And that] adds kind of an unknown excitement and interest factor,” claimed Stephen Swan, Vice President of John Moran Auctioneers.⁠ ⁠”The earrings are near colorless and have very nice clarity.”

Descriptions of the earrings included settings that appear “delicate and well-made. And [the settings] show the true fire of the stones. They were found in really good condition and, according to the recently obtained GIA reports, each stud is over 6-carats, making the combined total more than 12-carats,” added Molly Burns Keith, G.J.G., jewelry director at John Moran Auctioneers.⁠ ⁠

Followers quickly caught the trolling. For instance, one joked, “Not them tagging Erika Jayne.” And another even questioned whether Jayne will get them back by paying someone to purchase them for her.

Tell us what you think. How do you feel about Erika Jayne’s famous diamond earrings? Do you think she’s right to feel entitled to them? And after you share your views, check back on our site for more celebrity justice news.