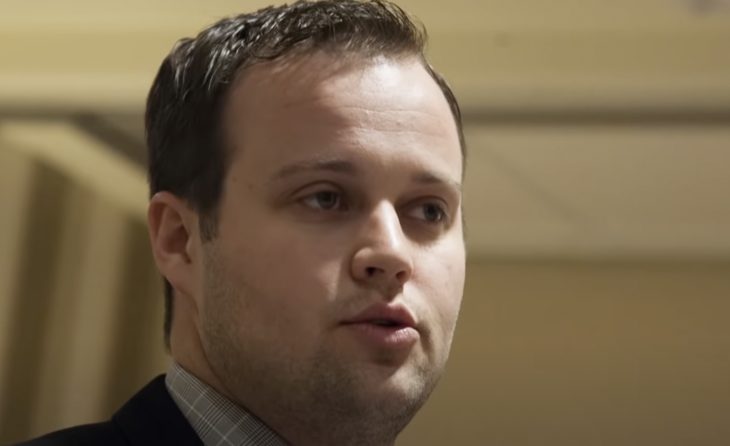 Josh Duggar went from the supposedly perfect oldest son of TLC’s 19 Kids And Counting to disgraced prisoner. As a result, his family looks forward to a Christmas that resembles the Grinch’s vision. But while the Grinch managed to find his heart, the Duggar family doesn’t seem likely to find a way for Josh to save their Christmas.

Find out what insiders say about how Josh’s crimes will impact his family. And see how his wife Anna Duggar feels. Get all the details below.

The 19 Kids And Counting clan will face challenges in decking their halls with boughs of holly and putting ornaments on their Christmas tree. Because thanks to Josh, the Duggar family has begun clashing over his crimes. This year marks the famous clan’s first Christmas since Josh received a 12-year prison sentence, noted Radar Online.

“The whole family is in chaos and fighting,” revealed the insider. “Most of the siblings can’t bear to be in the same room together.” But Anna feels angry at Josh’s siblings for their comments against him. She even has considered moving to Texa with their seven children to be closer to him, according to the source. As a result, the insider revealed that no one feels happy about the upcoming holidays.

Anna Duggar Stands By Her Man Amid Prison Sentence

However, Anna seems to have distanced herself from Josh’s family with her views. And the source revealed that Josh’s wife hasn’t changed in feeling outraged about family members who spoke out against him. But Anna has stayed impressively faithful.

For instance, Josh’s prison, FCI Seagoville, requires Anna to drive for six hours from her home in Arkansas. But even though she has a young child after welcoming her seventh baby, a daughter, in October 2021, Anna feels more than willing to make the trip. And she even celebrated her birthday by visiting her husband.

“Officially 34,” wrote Anna on social media. And she recalled accepting his proposal. “Fourteen years ago I said, ‘YES!’ Road-tripping to visit my bestie. ‘Even If’ by Mercy Me on repeat. ‘Jesus, I will cling to You come what may,'” added Anna.

Because of Josh, last year’s Christmas also posed challenges. The holiday came soon after Josh received a guilty verdict on two counts of receiving and possessing child pornography after his April arrest. However, he has filed an appeal. But when Josh does leave prison, he must follow certain rules. For instance, Duggar will need to undergo random drug testing, register as a sex offender, and report to a probation officer.  And his probation officer can search Josh’s home at any time.

Tell us what you think. How do you feel about the tense Christmas that lies ahead for Josh Duggar’s family? And do you think that his wife Anna should forgive his siblings for speaking out against him? After you share your views, check back on our site for more celebrity justice news.