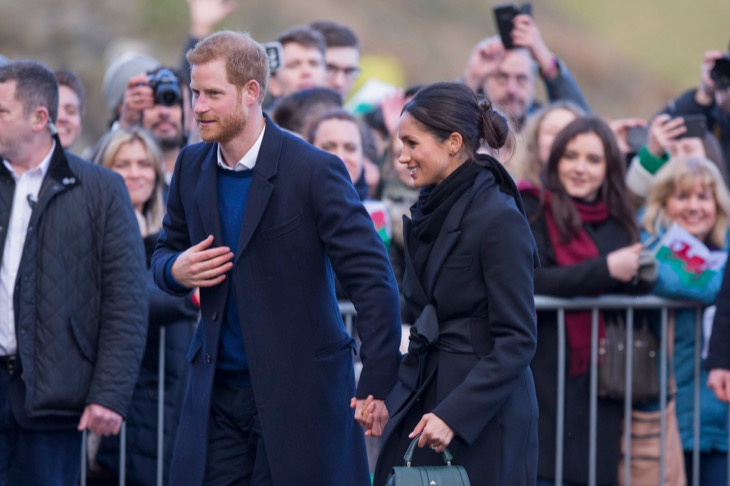 Prince Harry and Meghan Markle made the headlines because they were doing a series about Invictus. Well, when Meghan talked about another series on Netflix, it got people guessing. How would it impact the royal family? In fact, the news seemed to coincide with the controversy of “The Crown,” so things could get awkward in the palace. Now that an indication of the date for the premiere announcement arrived, people are demanding that a trailer gets dropped. After all, it’s not that far off.

Prince Harry And Meghan Get Their Own Docuseries

Between “The Crown” and the Duke and Duchess of Sussex being involved with Netflix, there’s a lot of talk about the platform. Like “The Crown,” a  lot of the show is based on fact, but it will apparently be told through the eyes of director Liz Garbus. Actually, when Meghan spoke with Variety about the docuseries that as yet has no name, folks thought that she was trying to mitigate some fallout. She said, “It’s nice to be able to trust someone with our story…even if it means it may not be the way we would have told it.“

Interest in Prince Harry and Meghan Markle is quite high at the moment from both critics and fans. All sorts of experts and sources keep the news coming about the couple.  Of course, with the book by William’s brother coming out in January, folks already anticipate a spike in media coverage for them. If nothing else, Meghan certainly seems to keep her name in the headlines. And, that’s not something to be scoffed at for any celebrity.

Prince Harry & Meghan’s Docuseries On Netflix Has A Premiere Soon

People carried the story about the premiere of the docuseries. Actually, the time is very close now. So soon, curiosity will be satisfied. Apparently, it will air on Netflix in December. Under usual circumstances, teasers and a trailer might have already dropped. So, people now demand that Netflix hurry up and deliver a trailer.

When @theformermstig took to Instagram to talk about it, the caption said, “Confirmed by People, The Sussexes docuseries is coming our way in December!!!! RELEASE THE TRAILER NETFLIX 🗣️🗣️🗣️.” Well, Prince Harry and Meghan’s fans agree that they can’t wait for it.

Checking YouTube reveals that there’s nothing recently posted up about the new series. There are all sorts of trailers up about shows like “Kangaroo Valley” and Trevor Noah, but nothing about the expected docuseries. Anyway, when the trailer does emerge, it will probably be shared on a major outlet like E! or People, first.

Royal Family Fans View The Docuseries As A Christmas Gift

Prince Harry and Meghan might have a lot of critics, but they also have a large following who support them. On Instagram, one fan wrote, “Yes! Trailer please. Can’t wait for Prince Harry’s book 📚.”

If nothing else, the docuseries will probably spark a lot of chatter over that festive season.