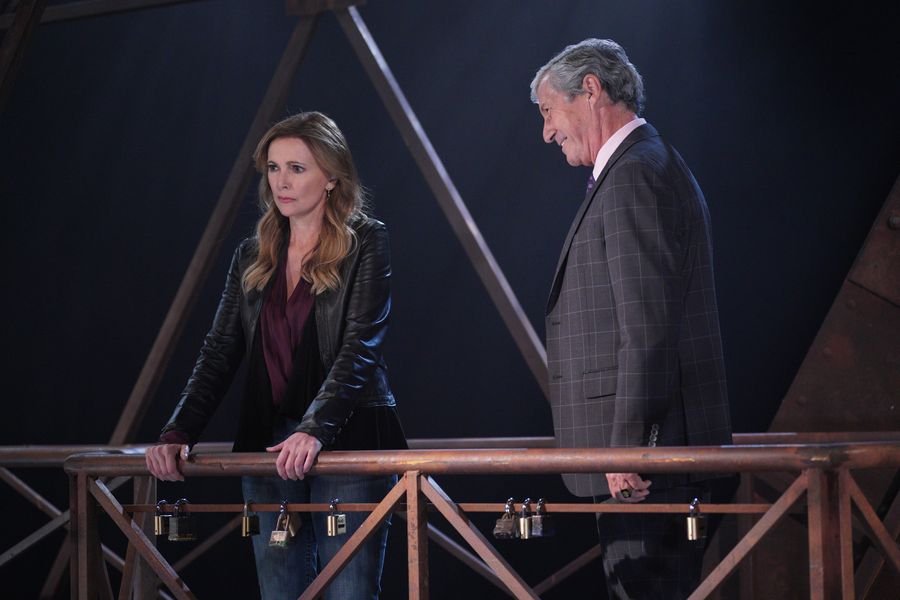 General Hospital spoilers reveal Victor testing Holly’s loyalty because a man can never know when someone is really loyal enough.

After coming face to face with Valentin Cassadine (James Patrick Stuart) and realizing that he can no longer count on his son to do his dirty work, Victor Cassadine (Charles Shaughnessy) realizes he has to make sure that Holly Sutton (Emma Samms) is at least still on his side — albeit under duress. He believes there is a chance she tipped off Robert Scorpio (Tristan Rogers) to what she’s really been up to the past two years and she has, but he has to be sure of it.

After all, it’s not like Holly wants to be working for him as she is clearly being blackmailed into doing so. In all likelihood, Victor has her son, Ethan (Nathan Parsons) stashed somewhere and Holly fears for his life. Remember, she didn’t call him when given the chance on Robert’s phone. Instead, she just put Robert’s phone on Do Not Disturb so that when Anna Devane (Finola Hughes) called, he wouldn’t know she was in trouble and desperately needed his help.

What Does Victor Really Want?

We all know ≈ is after the Ice Princess because all these decades later he still thinks it’s the key to Cassadine world domination. While other Cassadines have been over that idea since the 80s, Victor still longs for the day when they can control the weather and therefore control the world, so he needs that diamond and ruby necklace that now supposedly belongs to Britt Westbourne.

Somehow Robert gets a hold of that necklace this week and is ready to turn it into the WSB, but Victor tells Holly she news to intervene and get that necklace from Robert. With Robert handcuffing to his wrist the small suitcase it’s contained in, this is going to be easier said than done.

Or will it? Can this possibly be a trick? After all, Robert is good at playing tricks as he played one on Holly the other day and then confronted her about Victor. Will she fess up and team up to bring him down? Stay tuned to General Hospital weekdays to see how this story plays out.