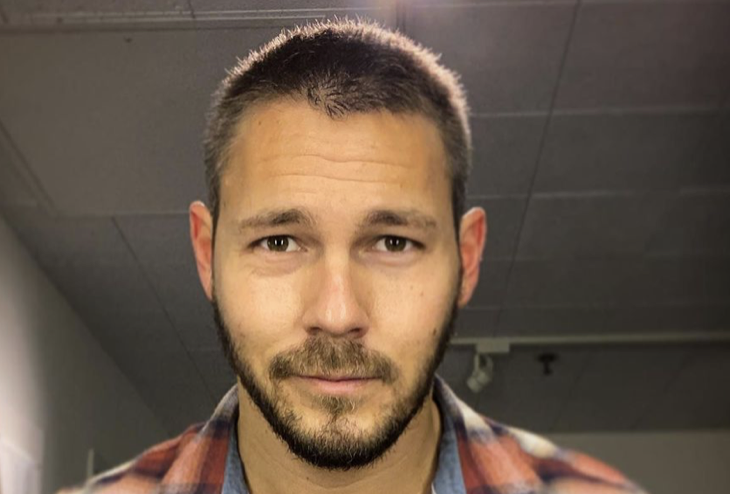 The Bold and the Beautiful fans reveal Liam and Brooke’s friendship deepening in the near future, but is that where it will end?

The Bold and the Beautiful Spoilers: Brooke Has Done This Before

Fans can’t help but notice how friendly Brooke Logan and Liam Spencer have been of late, with Liam being her rock and support as she comes to terms with the fact that Ridge Forrester left her for Taylor Hayes once again. He is the one keeping the secret that she was ready to drink again a few weeks ago and he is also the one who is constantly on Brooke’s side as she rails against Thomas Forrester.

As we know, Liam is married to Hope Logan Spencer, Brooke’s daughter, but that has never stopped Brooke before as she slept with her daughter Bridget Forrester’s husband and that is what produced Hope. She also accidentally had sex with Hope’s high school boyfriend and fought with Bridget over Nick Marone. So, will Brooke and Liam remain just friends? Scott Clifton has some answers.

Brooke And Liam Have An Alliance

According to Scott Clifton, Brooke and Liam feel a kinship with one another because they can see the writing on the wall with Thomas when nobody else wants to believe them.

“Liam and Brooke both know that they can come to each other and talk and won’t be judged or gaslighted, because they both have been a little crazy,” Scott Clifton told Soap Opera Digest. “Everyone is telling them they have nothing to worry about and there are no problems here and the emperor is wearing clothes, but Brooke and Liam know that’s not true. There is a lot more going on here. And the people closest to each of them seem to be turning a blind eye. Brooke and Liam have always had a friendship but thankfully, this is an oasis of sanity that they are giving each other.”

In fact, Clifton has always been impressed with the kind of relationship Brooke and Liam have had throughout the years — without pushing any real boundaries.

“Thank goodness for Brooke. She and Liam have always had a friendship in so much as you can have a friendship with your mother-in-law or son-in-law,” Clifton said. “They also share his undying concern about Thomas and his motivation. Liam is concerned and they sympathize with each other for a lot of reasons.”

That doesn’t mean that friendship can’t go further and with Thomas getting in the way of everything, it just might. Stay tuned to The Bold and the Beautiful weekdays to see how this story plays out.