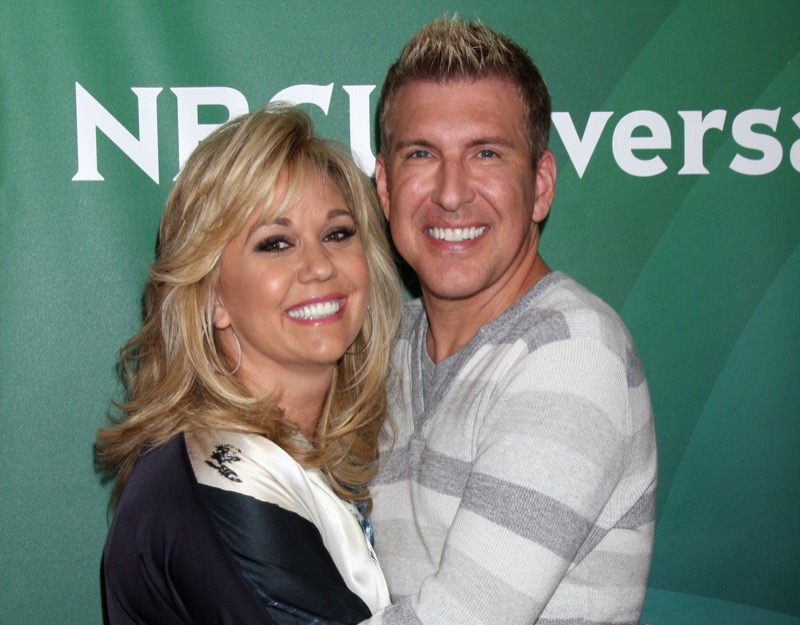 Reality show Chrisley Knows Best stars Todd and Julie Chrisley are facing lots of jail time after being found guilty of bank fraud and tax evasion. How does this make them feel? “Devastated and disappointed.”

On Tuesday a jury found the toothsome couple guilty of engaging in a, “years-long conspiracy to defraud community banks out of more than $30 million of fraudulent loans.” That’s a lot of crawfish tacos.

The Chrisley’s On Home Arrest

After illegally procuring the funds, prosecutors said they used the money, “to repay previous loans and fund a lavish lifestyle that featured luxury cars, real estate, expensive clothing and travel.” According to the Daily Mail, Todd’s ex-business partner admitted to helping the couple commit crime, “while also claiming he had a gay affair with the father-of-five.”

The Chrisley’s lawyer vows to appeal the verdict and, “continue to fight until they are vindicated.”

The Chrisley’s Will Appeal Guilty Verdict

Todd and Julie will be sentenced in October and at that time they could be remanded to spend 30 years in prison. And yet, despite their guilty convictions, USA Network will keep airing Chrisley Knows Best, with the second half of season nine debut in a matter of days on June 23.

The couple’s lawyer Steve Friedberg told People on Thursday: “Both Chrisleys are devastated and disappointed with the verdict and will be pursuing an appeal. Julie and Todd are so grateful for the love and support shown by their family, friends and fans. They both remain strong in their faith and will continue the “fight” until they are vindicated.”

The Chrisley’s accountant Peter Tarantino was also convicted of conspiring to defraud the IRS and filing two false corporate tax returns on behalf of their film production company. He is also facing a 30 year prison term.

All three individuals will face a judge for sentencing on October 6. The show, Chrisley Knows Best, is a stark contrast to real reality in which the clan leaders are now facing a future in prison stripes. The reality show, “depicts their seemingly picture-perfect southern lifestyle, is USA Network’s most watched original series. NBCUniversal, the cable station’s parent company, renewed the show for a tenth season on May 10, a week before their trial began.”

Be sure to catch up on everything happening with The Chrisleys. Come back here often for Celeb news and updates.