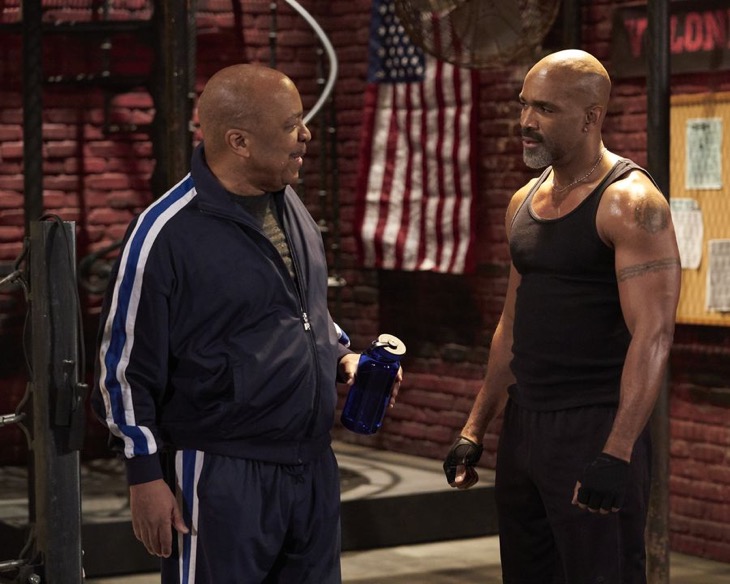 General Hospital spoilers tease when Curtis Ashford (Donnell Turner) set out on his journey through genetic testing, he was merely interested in discovering whether or not he carried any genetic markers for Schizophrenia. He wasn’t looking for any more information that could upend his entire life as he knows it. Portia Robinson (Brook Kerr) was hoping the results would relay that Curtis had only a mild chance of developing or passing on the disease, but as a doctor, she knew to expect some of the genes would’ve been passed on.

Marshall Ashford (Robert Gossett) had very torn feelings about the test. On one hand, results showing Curtis didn’t have any of the markers would be a dream come true for his son. On the other hand, that would confirm a suspicion Marshall had for years — that Curtis isn’t his son.

Marshall didn’t stick around long after Portia told him and Curtis the unbelievably good news. Noticeably upset and tearing up, he left Portia’s office sharing that he was just relieved by the news but it was an emotional event for him that had taken a lot out of him. Nonetheless, he was happy for his son, whom he said he feared the worst for. Portia wasn’t present when Marshall left, so she’s not aware of how quickly his demeanor changed to solemn and rather silent. When she sees him again and this topic is broached, Portia will see for the first time how rattled Marshall is by the whole experience.

It won’t be until Portia sees Marshall trying to keep it together that she starts to put two and two together herself. Could Marshall be upset because the genetic testing affirmed a worry he’s carried all of these years that Curtis isn’t his child? Portia would know a thing or two about that. Nonetheless, she really does love Marshall and he is family in her book, so she’s not going to want him to struggle with this alone. Of course, helping Marshall sort through his feelings might also make Portia feel a bit better about the secret she’s keeping.

When Marshall shares his suspicions with Portia, and how the genetic screening seems like a confirmation of what he always feared, Portia will agree with him that it’s highly unlikely Curtis is his son. That being said, hearing Marshall detail what happened all those years ago and how Curtis’ mom could have concealed his paternity from both of them will hit Portia hard. The irony is going to land just as it should, but it’ll only make Portia feel even more committed to never letting Curtis and Trina Robinson (Tabyana Ali) find out they are father and daughter. Don’t stray too far. Keep checking back with us every afternoon and evening for more General Hospital news, updates, and spoilers!