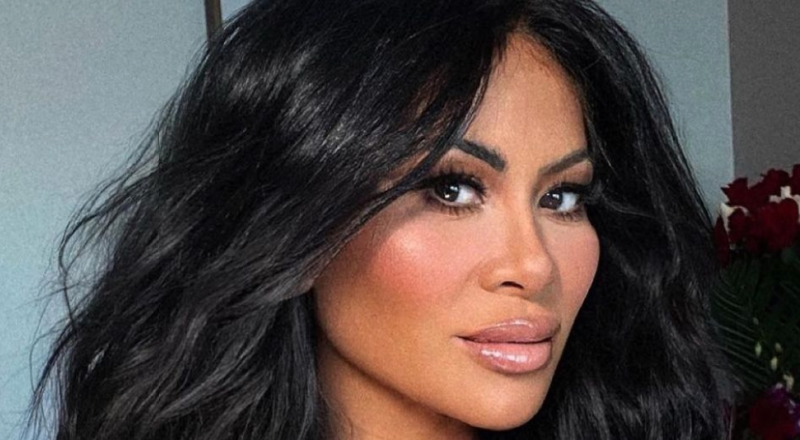 Kim Kardashian, known for “Keeping Up With The Kardashians” (KUWTK), hopes to pass the bar this year and become a full-fledged lawyer. But followers of “Real Housewives Of Salt Lake City” (RHOSLC) star Jen Shah wonder if Kim can achieve that goal in time to help out Shah. Jen recently appeared in court as part of a criminal fraud scandal.

Find out all about the RHOSLC star’s alleged crimes. And learn what Kardashian herself has said about her legal ambitions. Plus: Discover why Shah’s choice of attire in court caused a backlash!

Jen Shah soared to fame on RHOSLC. Known for her super-sized personality and extravagant lifestyle, Jen stood out among her co-stars. But the reality TV star’s fame turned into a blame game when she faced criminal charges.

The indictment names Shah as allegedly leading a telemarketing fraud scam, according to the New York Post. And the documents also allege that Jen specifically sought out working-class, older Americans. As a result of the alleged scam, Shah faces accusations of urging these individuals to spend their money in fake online projects.

However, Jen’s charges also include attempts to profit from phony business services. And the indictment blames Shah and her colleagues for failing to fulfill any of their promises. “At no point did the defendants intend that the victims would actually earn any of the promised return on their intended investment,” notes the papers. And the investigators also allege that the victims never “actually earn any such returns.”

When the telemarketing fraud scandal news first broke, the reality TV star’s fans sought to figure out her alleged motivation. But New York prosecutors believe they know the answer. And they allege that Jen and her colleagues felt “motivated by greed.” As a result, the prosecution has charged Shah with seeking to steal from victims numbering in the hundreds.

But someone gave Jen the wrong memo about how to dress for court to face those charges. Because Shah, who entered a plea of not guilty, showed up in such extravagant designer attire that she sparked a backlash. And the 48-year-old reality TV star seemed to flaunt her red Gucci purse (valued at $2,500) and Louis Vuitton bag (estimated worth: $3,600). However, some followers felt that Jen’s extravagance made her a perfect match for Kim Kardashian!

For instance, one Reddit KUWTK fan wrote, “I hope Kim Kardashian is on her legal team!” But some felt that Shah toted all those designer accessories to prove her innocence. “She is delusional enough to think she’s going to be found innocent,” chimed in another.

However, no one knew if Kim herself would step up to help out a fellow reality TV star. Kardashian previously stated that she plans to take the bar exam this year to become a lawyer, according to Pop Sugar. “I really loved getting to meet so many people along the way and figuring out . . . what I’m really passionate about,” said Kim about her legal studies.

Tell us what you think. Do you hope that Kim Kardashian decides to help Jen Shah battle her charges? And do you think the Real Housewives star believes she deserves to be found innocent? After you share your views, check back on our site for more celebrity news!