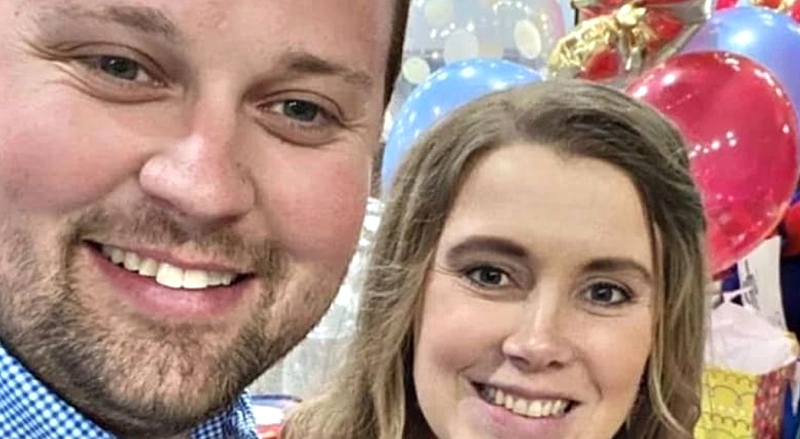 19 Kids And Counting alum Josh Duggar has begun counting the years he will spend in prison. But the reality TV star might also want to start counting his money. As a result of his child pornography crimes, Duggar faces a hefty bill.

Find out why Josh owes so much money. And learn how his wife Anna Duggar tried to defend him. Get the latest news about Josh Duggar below.

19 Kids And Counting alum Josh Duggar got booted from the Duggar family’s show years ago. But although a scandal involving molesting underage girls sparked his exit, Josh seemed to possess a knack for avoiding paying for his crimes. However, a guilty verdict on child pornography charges changed that. And in addition to spending more than 10 years in prison, Duggar just received a major money shocker, per the Sun.

Josh now faces a $50,100 bill in addition to his 151-month prison sentence. Resulting from his child pornography crimes, the bill represents a lien for restitution. And Duggar, 34, cannot escape by serving time in his current home at FCI Seagoville in Texas.

During Josh’s May sentence hearing, the judge ordered him to pay $50,100 promptly. However, if Duggar did not pay immediately, the judgement called for him to pay “any unpaid financial penalty during his term of imprisonment at a rate of up to 50% of the defendant’s available funds.” Those terms represent the “Inmate Financial Responsibility Program.”

Anna had pleaded with the judge to limit Josh’s sentence. And she used money as the reason. For instance, Anna wrote in her letter begging for compassion, “Joshua has worked hard to provide for me and our (now) seven children. My children and I rely on Joshua for financial, emotional, and physical support. Many others depend on Joshua, too.”

However, as the judge gave Duggar the $50,1000-fine bill and 151-month prison sentence, he questioned Josh’s moral character. And the judge described Duggar’s crimes as “the sickest of the sick.” Speaking directly to Josh, the judge stated, “You have done some very bad things. But in your life as a whole, you’ve done good things.” However, the judge then pointed out, “The true test of a man’s character is what a man does when no one is watching.” And the judge also challenged Duggar’s repeated claims of innocence. “I find it aggravating about the lack of responsibility,” summed up the judge.

And prosecutors believe Josh should have received an even longer sentence of 20 years. They expressed concern that Duggar would commit crimes again without enough counseling. As a result, Judge Brooks urged Josh to take part in the Bureau of Prison’s sex offender treatment program.

Tell us what you think. Do you feel that Josh Duggar’s prison sentence and fines seem fair? And after you share your views, check back on our site for more celebrity justice news!

If Prince Charles Is King & Dies, What Title Will The Duchess Of Cornwall Get?