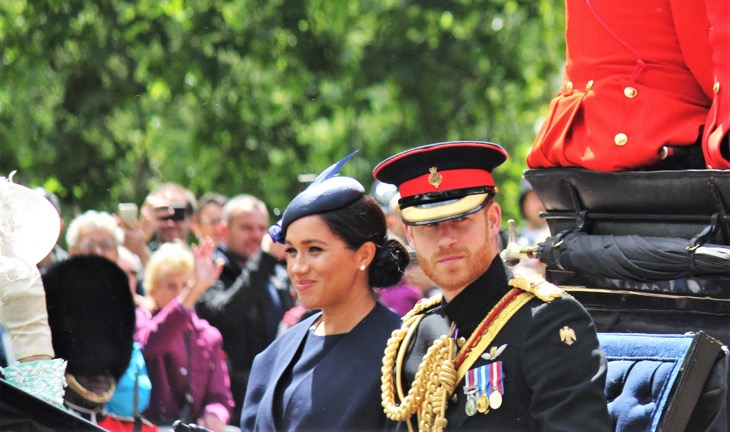 Prince Harry and Meghan Markle seem to be looking for ways to stay in the public eye and remain relevant without being working royal family members. Hence the Archetypes podcast, Netflix, and the book, “Spare.” Of course, they also know the value of attending award ceremonies like the Ripple of Hope Awards. Talking about that, a royal expert slipped out his verbal knife and delivered an epic diss on the couple.

Prince Harry And Meghan Markle & The Ripple Of Hope

The Robert F. Kennedy established Ripple of Hope Awards will take place in New York in early December. Actually, it’s been known for while now, that they are to be honored as laureates because of their dedication and courage. Of course, they are involved in a number of charitable organizations like Well Child and Archewell Inc. It’s all very worthy and a lot of fans of the couple admire their work. However, they have a lot of haters who slam the couple for almost everything they do.

Prince Harry and Meghan Markle find difficulty getting experts to say much that’s nice about them. Actually, it could take a lot of cash to bury the controversies about the couple if Meghan ever decides to seriously participate in American politics. Even those experts who were prepared to give them the benefit of the doubt sometimes can’t find it in them to praise their behavior. And, Neil Sean who comments daily on the royal family just dissed them really hard.

Prince Harry And Meghan Markle And Pots Of Money

Neil Sean is well known for his reporting on the royal family. Usually, he tries to be fair, but this week, he slipped in an epic diss. It came when he talked about the couple attending the Ripple of Hope Awards. Apparently, these galas are all much the same. So, Neil explained that there will be “dinner,” an “auction,” and “entertainment.” However, if you pay a lot of money, you can get a photo opp behind the scenes after the awards. Actually, he talked about how it could cost as much as a “million dollars”  for the privilege.

Critics of Prince Harry and Meghan Markle decided they would never spend a million dollars to get a photo taken with the couple. Actually, few of them seemed interested in paying the “highest [amount] of money” to be part of “the golden circle.” Even Neil agreed that it seems really dumb to fork out a lot of money when anyone can pay a bit of money and go to a waxwork museum. There, you can get a photo taken next to almost any famous face for next to nothing.

Slipping in the knife, Neil dissed Prince Harry and Meghan Markle almost as aside. But, it was one of those that make folks snort their coffee out their nose. He said, “you could replicate the same thing by going to Madam Tussaud,” adding, “I’m sure they’re just as animated.” Not everyone picked up on the bit about being animated or not. But, Vicki Wood noticed it and said, “I’m sure they’re just as animated.” Good one, Neil!

What are your thoughts on the epic diss that Neil Sean, Royal Expert dished on Meghan and Harry? Shout out in the comments below.