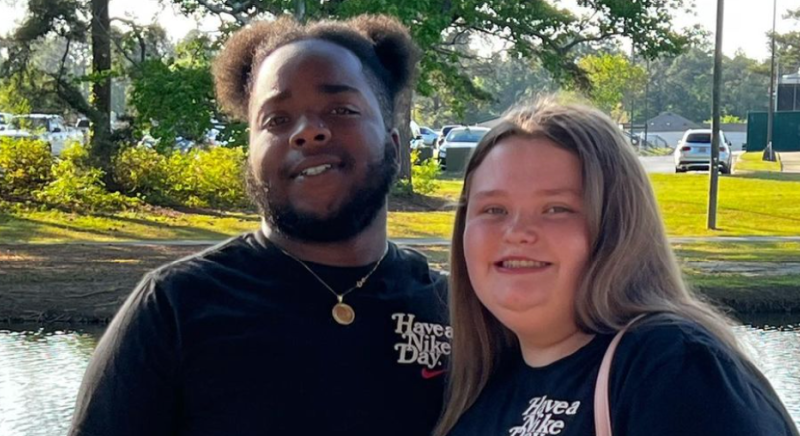 Mama June fans met Dralin Carswell this year and they liked what they saw. However, he reportedly ran into trouble with the cops a few years ago, at the age of 18. Previously, The Sun reported that he was involved with a girl one year younger than Alana Thompson is now. Although he was not convicted on the original charge that he was picked up for, he did pay for his behavior.

Mama June Fans Like Dralin Carswell Will That Change?

In Mama June Road To Redemption, fans saw that Josh Efird got in Alana’s boyfriend’s face about respect and treating her right. On social media, fans see a nice young man who seems to really like his girl. Clearly, he looks older than her as first reported., However, Josh Efird seems to have a radar for bad behavior. Now that the news came that he allegedly committed a crime with a girl close to the age of Honey Boo Boo, perhaps he was spot on with his approach.

The Mama June star avoided going to prison, but WEtv fans might hope that he learned from his punishment. Fans of Road to Redemption know that Alana is head over heels in love with Dralin Caswell. So, if she did not know about his brush with the law, hopefully, she copes okay.

The Sun reported that Alana’s boyfriend was 18 at the time of his arrest. Apparently, he dated a 15-year-old girl. However, her mother reported that he entered her bedroom via a window and engaged in statutory rape.  Later, friends of his didn’t back his story that he hadn’t been there.

According to the outlet, the Mama June star and his girlfriend became involved consensually. Additionally, it seems that the police didn’t have enough evidence to go for a conviction. Furthermore, it sounds like he impressed the courts who were reluctant to pursue a case any further.

Statutory Rape Dropped But Not unpunished

The Sun noted that the new Mama June star went to a “pretrial diversion program that resulted in the dismissal of a claim for making a false statement to law enforcement.”

Whilst WEtv fans might roast Dralin for what he allegedly did, he denied his girlfriend’s claim. He admitted he discussed having sex with his girl, but the cops could not prove it. As for telling lies to the police, how many young people wouldn’t do that?

What are your thoughts about the allegations against the Mama June newcomer? Should fans give him the benefit of the doubt? Sound off in the comments below

Be sure to catch up on everything happening with Dralin Carswell. Come back here often for more Celeb news and crime updates.