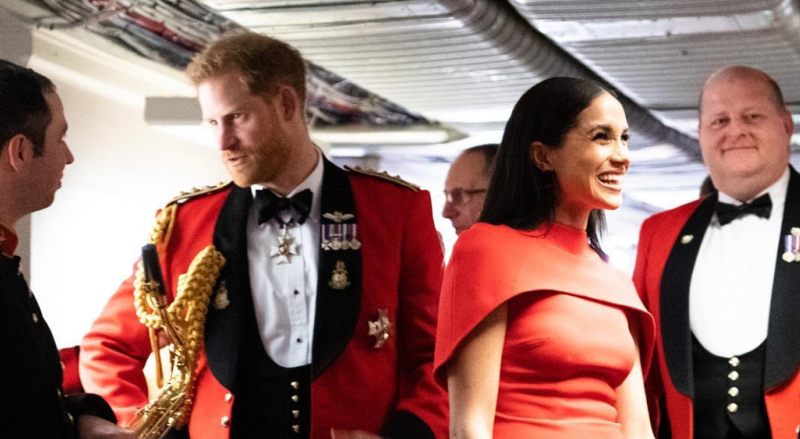 Prince Harry and Meghan Markle feature almost daily in the media and clearly, someone is reading all of those articles. Mind you, it’s not clear how many readers come from the USA as many large outlets have massive audiences across the world. Americans of course, have an interest in the royal family because the couple has made the country their home. But, are they and the rest of their family all that important to the average American?

Prince Harry And Meghan Markle Get A Lot Of Media Attention

Meghan, much like her predecessor, Wallis Simpson ended up stateside with her British royal lover. Recall, King Edward VIII of England fell in love with her. At the time, he ditched the crown and spent the life of Riley living it up in places like New York City. Although much was made of it in the press at the time, they faded from memory. So, when the new royal couple married, interest in the USA peaked again. Unfortunately, though,  a lot of negative press comes for them. But, are the American people all that riveted by seeing them on the news or in the tabloids?

Prince Harry and Meghan Markle seem very popular and that is enough reason for Netlfix to extend The Crown to include the possibility of Megsit. However, plenty of countries around the world can get the streaming service. It might take some time, but eventually, people will probably see the show extend beyond Prince Charles’ marriage to Camilla Park-Bowles. Actually, it’s debatable how many people in the USA wait for it with bated breath. After all, The Wall Street Journal reported this month, that Netflix lost “Nearly 1 Million Subscribers.”

An interesting poll published by The Sun UK earlier this year revealed that most people would rather read “junk mail” than hear about the red-headed son of Lady Di and his wife. Does that still hold true in the USA? Redditors discussed it when u/ID_THROW_A_PIPE_BOMB asked about it on the Askreddit subreddit this weekend. The post asked for Americans to give their “honest views on the royal family.”

Prince Harry and Meghan Markle, it appears, hold little interest for most people who participated in the conversation. Actually, that goes for the whole royal family. One responder said, “Snobby aristocrats that serve no purpose other than to exploit people and places for their own personal gain. Unelected officials who meddle in political affairs to which they have no business being involved in.”

Prince Harry and Meghan Markle and the rest of the royal clan seem to be unimportant to the average person. Admittedly, some people didn’t mind Prince Charles too much. But for most people, the royals just seem like a nothing-burger. One person said, “I have no real interest in them. They’re just another rich family as far as I’m concerned.”

Admittedly, it wasn’t a massive poll. And yet, the fact that only about 25 people responded also points to Americans not really caring about Harry and his family. Do they interest you at all? Sound off in the comments below.