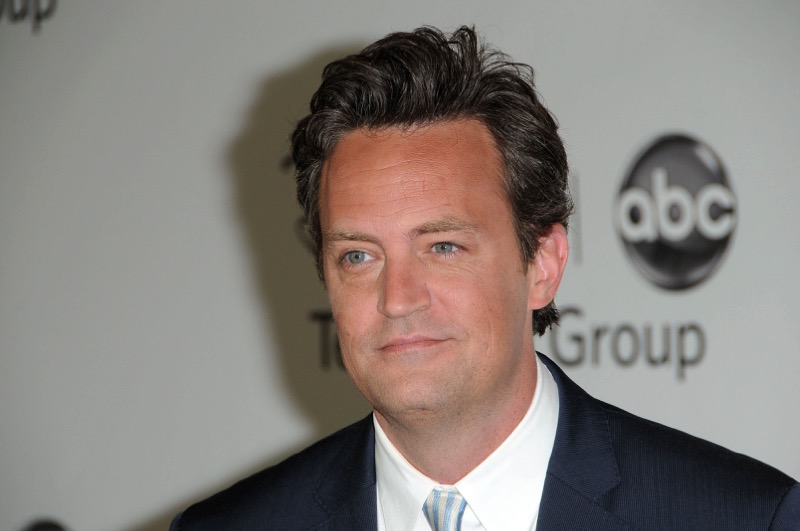 Matthew Perry has given several interviews recently to promote his memoir. And some of the Friends alum’s biggest shockers concern his addiction to drugs. For instance, Perry shared that he took as many as 55 Vicodin daily just to maintain.

Find out what Matthew did as he battled his substance abuse. And learn what he revealed about how his role on Friends actually helped him to steal drugs! Get all the details below.

While starring on Friends with actors like Jennifer Aniston, Matthew Perry secretly struggled with a drug addiction. And he told interviewer Diane Sawyer that his happy personality on Friends hid his substance abuse throughout the show. As for how bad it got, Perry told Sawyer that he took as many as 55 Vicodin pills every day, reported TMZ.

And Matthew also recalled losing his friends. As a result of his addiction, the actor spent more time with drug dealers who could assist him in getting the pills that he craved. Perry’s desperation got so bad that he developed a practice of attending realtor open houses.

And when he got into the homes, the actor would go straight to the bathroom. Once inside, he would hunt through strangers’ medicine cabinets in a frantic search for pills he could steal. But Matthew shockingly revealed that he thought his fame portraying Chandler on Friends would protect him. “I think they thought, ‘Well, there’s no way that Chandler came in and stole from us.'”

"I've probably spent $9 million or something trying to get sober."

In his new memoir, "Friends" star Matthew Perry gets serious about his decades-long cage match with drinking and drug use. https://t.co/6U79kRRdo6

Recently, Perry appeared on the Friends reunion show. And fans expressed concern that Matthew seemed detached or disassociated. He also slurred his words. But Perry now explained that he had gone through major dental surgery. And that procedure resulted from his drug use, which impacted his teeth.

However, Perry also wanted to share the positive side of his struggle. Because the actor has gotten clean and sober, he wrote his book for a key reason. And Matthew hopes that those who read about his recovery can learn what tools helped him overcome his addiction.

But Perry’s memoir also gives a haunting look at what his addiction did to his life. For instance, Matthew admitted spending $9 million attempting to get sober. However, that confession sparked a backlash on social media.

I mostly agree. But a tweet from him talks about how he spent $9 million trying to get sober. That doesn’t resonate with ppl who are struggling to get from one day to the next on minimum wage but who somehow manage to get and stay sober one day at a time w/out $9 million.

For instance, one critic tweeted, “I mostly agree. But a tweet from him talks about how he spent $9 million trying to get sober. That doesn’t resonate with ppl who are struggling to get from one day to the next on minimum wage but who somehow manage to get and stay sober one day at a time w/out $9 million.” However, a defender wrote, “He actually may help someone you love” with his honesty.

Tell us what you think. Do you feel shocked to learn that Matthew Perry got so desperate for drugs amid his addiction that he stole during realtor’s open houses? And after you share your views, check back on our site for more celebrity justice news.