General Hospital Spoilers: Sam Noses Around in Cody’s Business, and He Bites Back 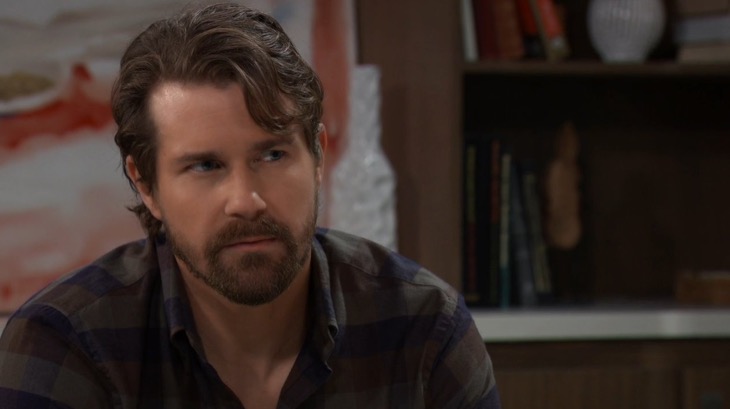 Genera; Hospital spoilers tease Sam McCall (Kelly Monaco) never intended to poke around in Cody Bell’s (Josh Kelly) background, nor dig into what his plans were while he was in Port Charles. When he came to town, he was nothing more than Dante Falconeri’s (Dominic Zamprogna) childhood friend to Sam. However, when Damian Spinelli (Bradford Anderson) confided in Sam what he was up to at Society Setups, and that Cody found out and blackmailed him, Sam was mildly surprised to learn Cody would do such a thing.

When she sat down with Cody to talk about what had happened and seek assurance he was done holding his leverage over Spinelli’s head, they both had to lay their cards on the table. Sam might have walked away with a better awareness of what Cody is about, but she also had to give Cody the upper hand in knowing she was keeping Spinelli’s crimes a secret from Dante.

It didn’t take Sam long to confront Cody and ask him what the con was he was running. Many moons ago, Sam was a con artist herself. While she might just be a mom of two and playing housewife with Dante today, she was once the wife to several wealthy men whom she profited from dearly after their deaths. She knows a con when she sees one, and she won’t look at Cody like an innocent childhood pal ever again.

GH Spoilers Tease the Necklace Tied It All Together

When Britt Westbourne (Kelly Thiebaud) hired Sam to investigate the origins of the necklace she found in Peter August’s (Wes Ramsey) last effects, she had no idea Cody was privy to any of it. It was only when Cody reacted in such a startled fashion to the news that Sam was on the case that she became suspicious he was more invested than he or Britt had let on.

Sam has had her eye on Cody ever since, and while she has tried to be direct with him about what his interests are and why he didn’t want her to find out where the necklace came from, he’s dodged answering her in the same respect. When Sam finds out Cody’s DNA test allegedly proved Mac Scorpio (John J. York) is not his father, thereby making it appear by default that he is the son of Leopold Taub (Chip Lucia) — the last known owner of the necklace — she’s going to put the pieces together and realize Cody knew about the necklace all along.

The problem with knowing too much about her boyfriend’s childhood pal is that he also knows too much about her. Cody has leverage on Sam, whether she likes it or not. No matter what Sam discovers about Cody, she can’t reveal him to Dante or anyone else for the con that he is because he could put Spinelli away for decades. Cody knows the power he has, and while he wasn’t planning on having to wield it, he will if Sam gets in his way or tries to interfere with his plan to seize that necklace. Keep checking back with us every afternoon and evening for more General Hospital news, updates, and spoilers.

The Young and the Restless Spoilers: Ashley Grows Bitter At Jack Over Diane, Joins Forces With Tucker?