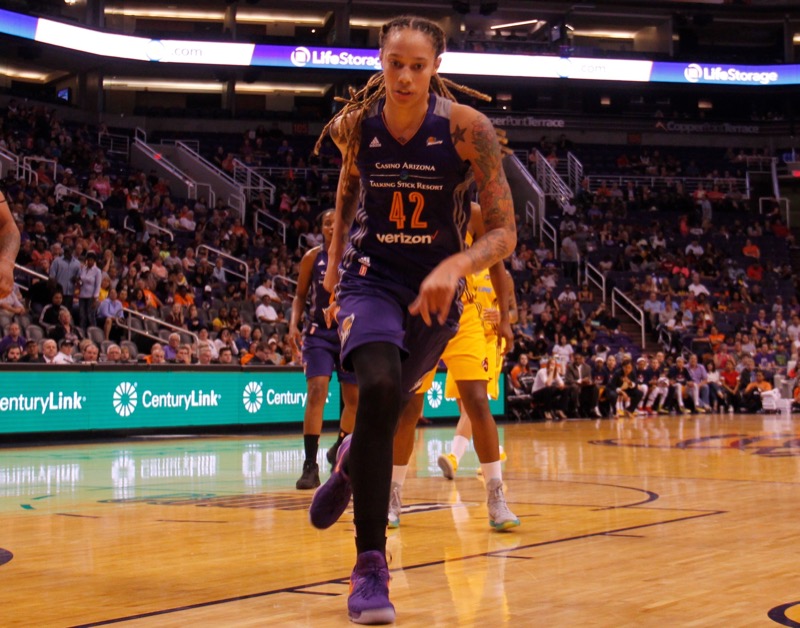 WNBA player Brittney Griner has been detained in Russia for more than four months for allegedly possessing cannabis and this morning there was a preliminary hearing to determine her trial start date. Her lawyer Alexander Boykov told The New York Times that she will stand trial in Russian court beginning July 1. Griner will remain in custody until the hearings are complete.

CNN reported that for the closed-door hearing, the Phoenix Mercury player was brought into the court handcuffed and escorted by armed guards. If convicted, Griner faces up to 10 years in prison.

Brittney Griner Has a Trial Date

According to the Associated Press, “Griner’s case is now being handled by the Office of the Special Presidential Envoy for Hostage Affairs, which focuses on hostage release and freeing Americans it determines have been wrongfully detained.”

“This resolution sends a clear message: securing Brittney’s release must be the highest priority of the U.S. Government, and we know the American people support every effort made to bring her home,” Terri Carmichael Jackson, executive director of the WNBA added in a statement on Saturday.

At today’s hearing the court ordered that Griner remain in Russian custody for at least six more months while the trial is ongoing.

Griner, two-time Olympic gold medalist, was detained in February. She was arrested at Sheremetyevo International Airport in Moscow on charges of having vape cartridges containing hash oil which is an illegal substance in Russia.

Will WNBA Star Be Freed?

Griner’s supporters have pressured the Biden administration to, “apply pressure on Vladimir Putin to release her.”

Additionally there is a “We are BG” website which has shows nearly 300,000 signatures have been collected on a change.org petition urging President Biden, “to take action today — doing whatever is necessary” to secure her release.

Her supporters maintain that the Biden administration should make a deal with the Russians similar to the prisoner exchange that freed US Marine Trevor Reed in April. “Reed had been detained in Russia since 2020, but was exchanged with Russian pilot Konstantin Yaroshenko, who was convicted on drug smuggling charges.”