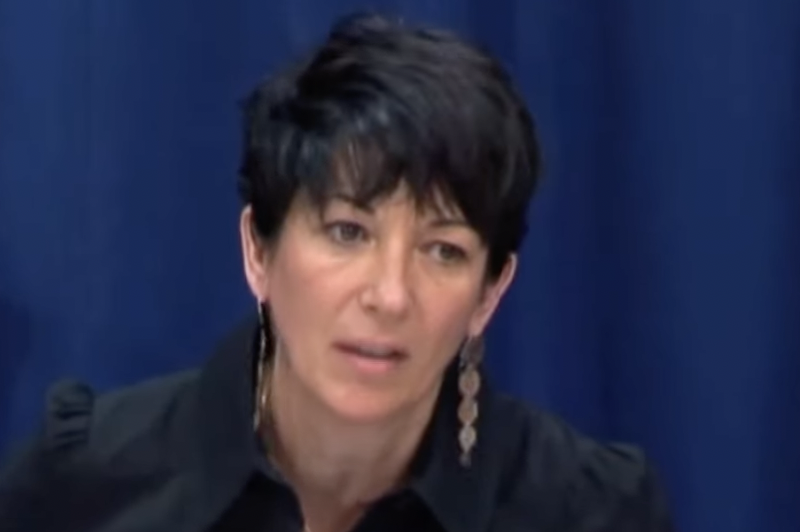 Notorious “pimp” Ghislaine Maxwell has been sentenced to 20 years in prison for sex trafficking women to dead convicted pedophile Jeffrey Epstein. According to Maxwell, her relationship with Epstein was the, “biggest regret of my life.”

Today in a NYC courtroom Judge Alison Nathan gave the 60-year old convict a 240-month sentence plus five years supervised release. The judge referred to Maxwell as a “predator” and also imposed a fine of $750,000. The judge recommended that Maxwell now be sent to the Danbury, Connecticut, Federal Correctional Institution.

The low-security federal prison has been nicknamed “Club Fed” and was the inspiration for Netflix’s prison drama ‘Orange Is The New Black.’

So, how long will Maxwell actually serve? According to the Daily Mail there is no parole for federal prison, so Maxwell is likely to serve the entire 20-year sentence, “but could potentially be released a few years early for good behavior.” If she serves the entire sentence, Maxwell would be 80-years old upon release and on supervision for the next five years.

Maxwell was allowed to speak in court and said she was Epstein fooled her: “I realize I have been convicted of assisting Jeffrey Epstein to commit these crimes. My association with Epstein will permanently stain me. It is the biggest regret of my life that I ever met him.”

Maxwell was also forced to hear out her sex trafficking victims as they read victim impact statements.

Sarah Ransome stated, “I was nothing more than a sex toy with a heartbeat and soul used to entertain Epstein, Maxwell and others,” and showed photos of herself in a hospital bed after a suicide attempt.

Elizabeth Stein revealed, “she had to have an abortion after getting raped ‘countless times.’” Maxwell did not look at her victims.

Prosecutors wanted a sentence of at least 30 years because of Maxwell’s, “utter lack of remorse,” but the con argued that she deserved just four years. Her legal team plans to appeal her conviction and claims that she is being made a “scapegoat” for Epstein. Both Maxwell and Epstein are friends of Prince Andrew, who paid one of Epstein’s victims millions in an out of court settlement in February. Virginia Giuffre accused Andrew of having sex with her when she was a minor, he denies the accusation.

Be sure to catch up on everything happening with Ghislaine Maxwell. Come back here often for Celeb news and updates.