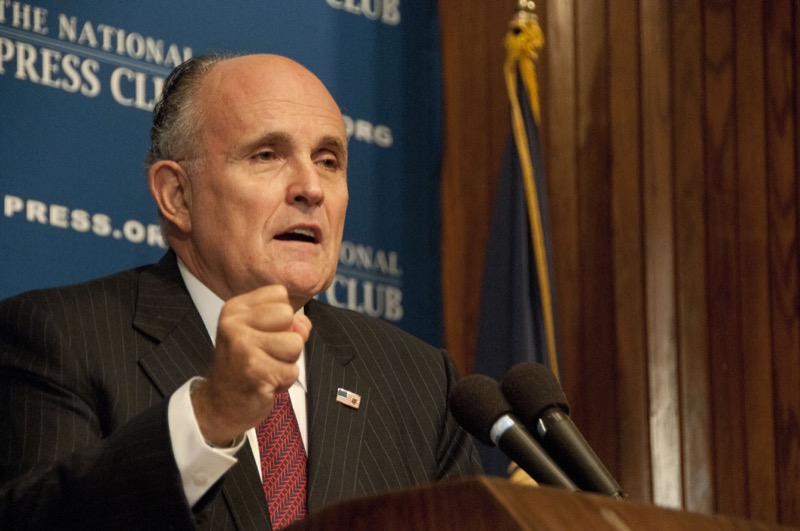 Rudy Guiliani’s backslapper is being given a break after prosecutors reduced the charges to a misdemeanor. According to the Washington Post, clearly not happy with this outcome, the former New York City Mayor reportedly lambasted prosecutors for the change. Continue reading and we’ll give you the down low.

While rubbing shoulders with folks in a Staten Island grocery store on Sunday, June 26 an employee approached Guiliani, slapped him on the back, and called him a “scumbag” police said. As a result, the 39-year-old ShopRite employee and Staten Island resident was charged with misdemeanor third-degree assault and menacing, along with second-degree harassment, per court records.

Gill was initially charged with assaulting someone over the age of 65, which is a felony in New York. Appearing in court on Monday, June 27, prosecutors reduced the charges, and Gill was quickly released from custody, per the New York Times. However, he is due back in court in August, per court records. The Legal Aid Society, representing Gill, issued a statement on Monday calling the charges “inconsistent with existing law.”

Slapped So Hard ‘It Knocked Me Back

“Yesterday, I was in Staten Island getting ready to campaign for my son. I hadn’t started yet,” during a press conference on Facebook, the former New York Mayor said, “I went to the men’s room, walked back with a group of friends, and all of a sudden, without any warning, was hit very, very hard on the back.

To such an extent that it knocked me back about two steps. People around me helped me. People around me secured the person who did it. The videotape that you see is probably a little deceptive, it just shows a hand on my back.”

“The police observed the whole videotape, and charged him with second-degree assault,” Giuliani said. However, Guliani was irritated that the charges with dropped to misdemeanors. “I could have fallen down … Elderly people die most often from falling down,” Giuliani said.

Don’t miss out on any Celebrity Justice and return here often for more news and updates.