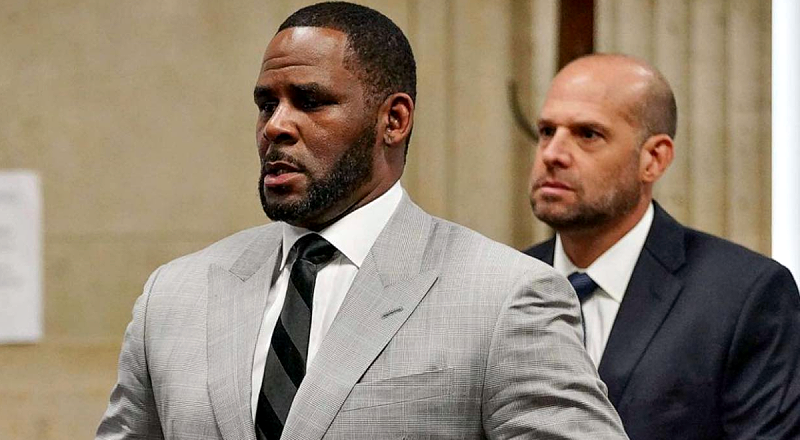 R. Kelly fell from grace as an R&B singer. After years of probes and inquiries about allegations of child abuse and pornography, he started his sentence in a  detention center. There, he claimed he was out on suicide watch and he intends to sue. Well, now that justice arrived for him, he’s not scared to have his say about the conditions of his detention. So, he raised some complaints about his 8th Amendment rights being violated through his shark lawyer Jennifer Bonjean.

People wondered if the former star would ever end up behind bars. As a lot of talk about being sent to prison for about 25 years came, even his victims felt that wasn’t long enough.

They felt that no matter how many years he got in incarceration, it would never make up for their trauma. If you don’t know, he still faces other probes into abuse crimes in Illinois and Minnesota.

When the news emerged that R. Kelly got 30 years in prison, many people seemed happy.

However, like his victims, plenty of them felt that it wasn’t long enough. Even though it means he’ll be an old man before his release, they think the court went too easy.

At the same time, they wondered why Ghislaine Maxwell only got 20 years and she abused more people.

Interestingly, the R&B singer talked about her when he complained about his suicide watch.

TMZ reported that the former star was placed on suicide watch. The outlet reported, “[he] claims he was put on suicide watch this week after he was sentenced to 30 years in prison.” Apparently, he’s furious about it and claimed that “his 8th Amendment rights are being violated.” So he said that he’s “not suicidal.” Additionally, he claimed that he hasn’t got “thoughts of harming himself or others.”

R. Kelly going on suicide watch was already known, but not everyone heard that he wants to sue because of it. Actually, he had a lot of complaints about the conditions in the detention center.

Well, the outlet reached out to The Bureau of Prisons. Their statement said, “The BOP is committed to ensuring the safety and security of all inmates in our population, our staff, and the public.” additionally, it said, “Humane treatment of the men and women in our custody is a top priority.”

The news about R. Kelly being put on suicide watch made it into social media. On Twitter, people reacted. One of them wrote, “oh brother dude needs to do his time and be quiet.”

Another one said, “but shouldn’t he suffer for what he was convicted for? suicide is just the easy way out.”

Notably, an alarming number of people claimed that he did nothing and “should be free.”