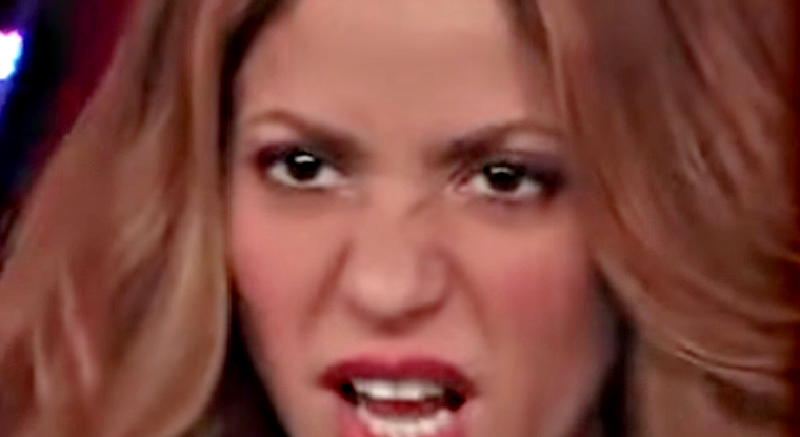 Shakira Ripoll is so famous that she’s mostly known by her first name. Best known for her music and charitable causes, the award-winning Colombian singer could end up with jail time in Spain. It comes four years after the authorities in the country started probing into her finances. You might recall that in 2017, an investigation into the Paradise Papers led to Spain looking into her finances. Now, the news arrived that she could serve as long as eight years in a Spanish jail for alleged tax evasion.

Shakira And Other Celebs Are Not Immune From Justice

Just because people are famous doesn’t mean that they get away with evading paying their taxes. Obviously, Todd and Julie Chrisley come to mind. At the moment, the couple from Chrisley Knows Best sit at home whilst they await their sentencing in October. In fact, they could serve as many as thirty years behind bars. Actually, with Julie’s additional conviction of wire fraud, she could end up serving longer than her husband.

Whilst Todd and Julie were accused of cooking the books to get money to fund their luxurious lifestyle, Shakira allegedly avoided paying tax in Spain by declaring that she lived in the Bahamas. So, she felt it unnecessary to pay taxes to the Spanish government. However, authorities in the European country believe they have proof that she did, in fact, reside in Spain.

On July 30, CNN reported that “the investigating magistrate said that there is “sufficient evidence” to hold a trial for Shakira’s alleged tax evasion for the years of 2012, 2013 and 2014.” She was accused of evading paying taxes to the value of “14.5 million euros ($17 million).” Well, she opted to go to court and have her say during a trial. So fans of the singer discussed the potential jail term on social media.

Katie Joy of Without A Crystal Ball’s Instagram account shared the news about the possible jail term. Citing a  story by Reuters, she felt upset and claimed that “she can’t believe she’d do this.” After all, the singer is one of her favorites.

Well, Spanish folks might be less inclined to give Shakira an easy pass just because she has talent. One of them reminded several other fans about what the tax evasion case entailed. They wrote, “she has been living in Spain but didn’t pay taxes because -she says – she wasn’t in Spain half of the year (which is … false).” Well, until the trial actually happens, that remains to be seen. Anyway, the person from Spain also said that the “government”  thinks they can prove that she resided in Spain “more than half of the year.”

Some fans of Shakira think that she might have been the victim of “unscrupulous business managers.” Not wishing to believe that the singer could have deliberately evaded tax payments, one fan asked hopefully, “Could be a shady financial manager? Or maybe someone falsified something?” However, it seems that is not the case. The prosecution only needs to prove that she lived in Spain for long enough to pay taxes there, and she could end up with eight years in jail.

Be sure to catch up on everything happening with Shakira and the tax allegations. Come back here often for more Celeb news and updates.