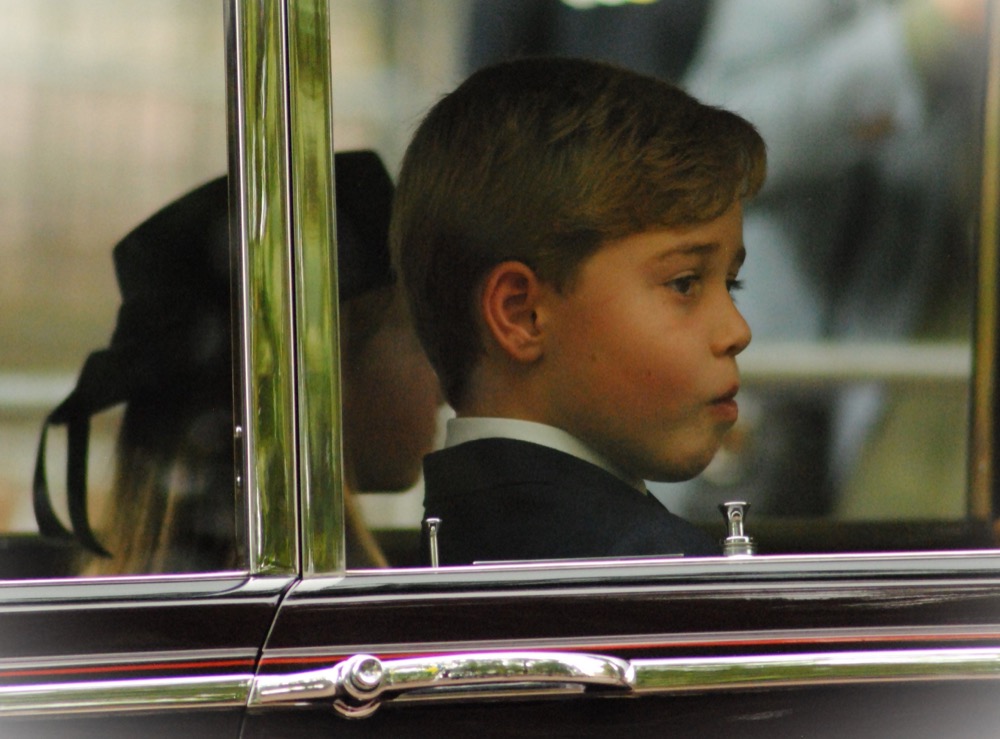 Katie Nicholl, wrote a book called  “The New Royals: Queen Elizabeth’s Legacy and the Future of the Crown“ and included Prince George in it. Well, royal family fans seem very unhappy about the kids being mentioned in the book. So when The Daily Mail talked about her book, some critics slammed the author for invading the privacy of a child. After all, folks grow sick of the negativity about children in the family.

Prince George Is A Royal But He’s Still A Kid

While not everyone agrees that there should still be a monarchy in 2022, a lot of people like Kate Middleton’s oldest son. Actually, some people feel sorry for him as his life is already grooming him to be a king one day. Being the son of The Prince of Wales, he certainly won’t be able to live his life as he pleases. Mind you, his parents try and give him a semblance of normal life and they let him help out with work on a farm during the holidays.

Fans of Prince George slammed Kate Middleton and Prince William for making their son wear a  tie to Wimbledon. Actually, it turned out that he opted to dress just like his dad. How many boys twin with their fathers? Possibly millions. But, people who love the little boy were not amused by a photographer who took a photo of him picking his nose. Even if it is unfortunate behavior, most kids go through that stage in life. So, a lot of roasting went down on Twitter and YouTube. Now, it’s the turn of Katie Nicholl to get roasted for writing about the future monarch.

Prince George In The Book

When the new book was still big news, royal family fans heard that Katie described how the youngster was a bit of a bully at school. Reportedly, he had a bit of a disagreement with a fellow student. Allegedly, he told him, “Watch out” because his dad will become the king one day. anyway, people didn’t like it because it seemed that Katie snuck around looking for things to write about him. So, when The Daily Mail talked about the book a few days ago, royal fans expressed their anger.  Some folks blasted her for using a nine-year-old child just to get a book to sell.

Suzanne Gill asked, “Will one of the questions to Katie Nicholl be why she thought it was okay to use Prince George as a marketing ploy for her book? Writing about a 9 year old is disgraceful. I thought writing about Royal Children was a no go area. If not well it should be..”

Folks think that Prince George and other royal kids should be a “no go area.” Although the chatter was mostly about Prince William allegedly crying over his brother, Prince Harry, some folks took the time to rost the author about his nephew. Lynn Hubbard noted how journalists and the media were “always clammering to get at PH and PW when they were boys.” Meanwhile, Marketa Keller chipped in with, “so million percent agree, Suzanne!! I thought Katie was decent but this is beyond cheap…. shame on her.”

Roasted About Children And More

Roasting didn’t only arrive about Prince George. Carol Mark opined, “Anything is fair game when money is involved these Tabloid folks would sell their mama.”

What are your thoughts about initial leaks for the book including stories about a child in the royal family? Do you think that the kids should be off-limits in books? Sound off in the comments below.