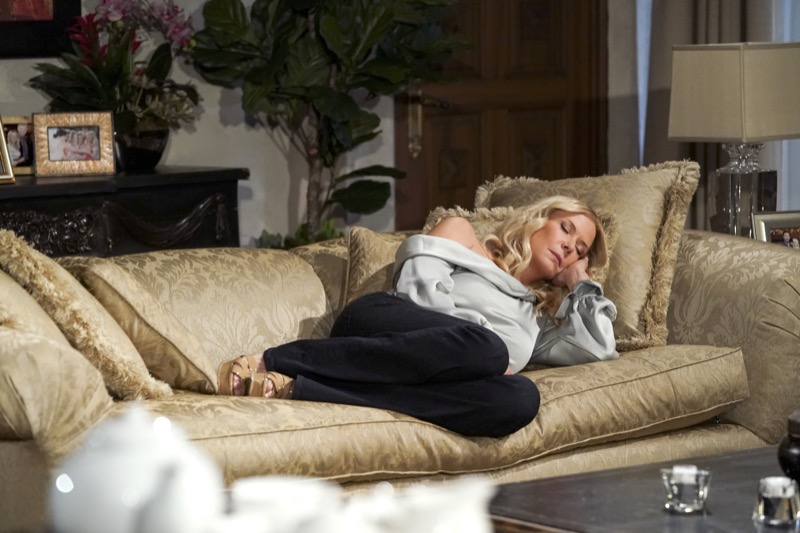 The Bold and The Beautiful Spoilers – All Brooke Logan’s Men

Separately from Brooke’s flings, romantic rendezvous Brooke has been married several times to Ridge (Ronn Moss and now Thorsten Kaye), Whip Jones (Ric Hearts), Bill Spencer (Don Diamont), Eric Forrester (John McCook), Nick Marone (Jack Wagner), Thorne Forrester (then played by Winsor Harmon) and Grant Chambers (Charles Grant). While it has been a main storypoint for this Logan to be with a man, there are just some of us viewers who are invested in seeing Brooke wise up, rise up and explore a different type of living, one where a woman proves to be strong and not necessarily with a man by her side.

B&B The History Of The Character

Brooke Logan is one of the longest running characters on The Bold and the Beautiful. She is the eldest sister of the Logan girls and a mother five. Presently, only one of her children is on the canvas and that is Hope Logan (Annika Noelle). Brooke and Ridge first met back in the 80’s when Brooke asked her mother to help cater a Forrester party so she could meet Ridge. She fell instantly in love with the handsome playboy who was engaged to be married to Caroline Spencer (Joanna Johnson). Through many ups and downs, Brooke and Ridge have been married several times from 1994–1995, 1998, 2003–2004, 2004–2005, 2009, 2009–2011, 2012 and 2018–present.

Now, Ridge has walked out on her and reunited with his ex-wife, Taylor (Krista Allen) believing that it was Brooke who made the call to CPS when it was actually his own son, Thomas (Matthew Atkinson). It’s clear that Ridge only reunited with Taylor because of what he believes about Brooke. So, what happens when he finds out the truth? Will he want Brooke back? Will she be available? We already have Deacon (Sean Kanan) proposing marriage to her and Bill fighting to get her back. But Brooke is still holding out hope that Ridge will come back to her.

So, fans, do you think it’s time for Brooke to find a different passion and explore a life without a man? Do you think she should go back to Ridge or Deacon or Bill? Vote in our poll below!

Be sure to catch up on everything happening with B&B right now. Come back here often for The Bold and the Beautiful spoilers, news, and updates.