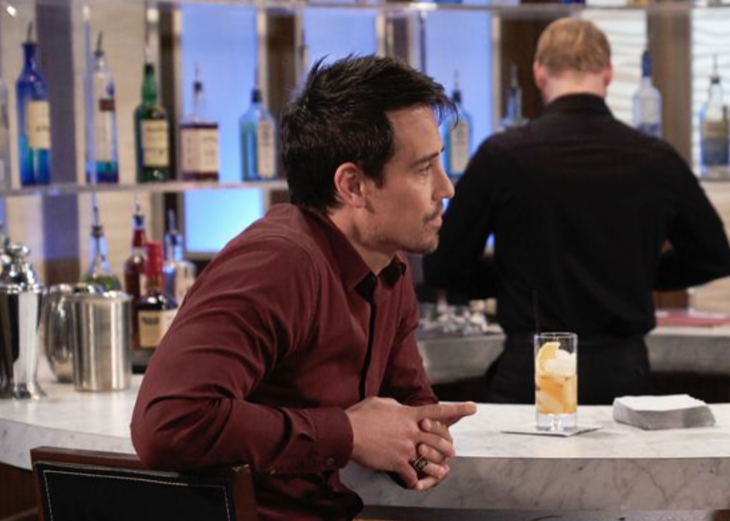 General Hospital spoilers tease, Nikolas Cassadine (Marcus Coloma) has been panicking inside for weeks. Ever since Esme Prince (Avery Kristen Pohl) blew back into town and subsequently blew his life apart, Nikolas has been stressed with the details of how he’s going to keep her under wraps. Hiding her away in the north tower of his castle bought him a few weeks, but she recently escaped. Lucky for him, Esme has nowhere to go for as long as she’s wanted by the PCPD. However, he’s got bigger problems on his hands. Soon, it won’t just be Esme he’s keeping locked away.

General Hospital Spoilers — Nikolas Has No One Else to Turn to

Nikolas’ mother — Laura Collins (Genie Francis) — just arrived back in Port Charles. She clearly has a lot on her plate, and there is rather obvious drama stirring between her and Victor Cassadine (Charles Shaugnessy) that Nikolas really wants no part of. He’s got more than his fair share of drama right now. However, no matter how much Laura pressed him for answers about his infidelity, he wasn’t willing to open up to her. Besides, Nikolas knows he can’t tell the Mayor he’s aiding and abetting a fugitive without the whole scheme falling apart.

Speaking of Victor, normally Nikolas can count on him as an ally, but not this time. Victor has been working hard to push Nikolas toward divorce, and he’s using his confession to killing Esme as leverage to manipulate him. The last thing Nikolas needs is Victor having even more ammunition against him, which is all Victor would see Esme and her baby as. Nikolas is at odds with own son because of his affair with Esme, and Spencer Cassadine (Nicholas Chavez) is locked up in Pentonville anyway. Suffice it to say Nikolas doesn’t have anyone in his corner. That is, until Elizabeth Webber (Rebecca Herbst) shows up.

GH Spoilers Indicate the Baby Does Matter to Him

It might seem like Nikolas has been cold and heartless to Esme, restricting her to one part of the castle, but let’s put that into context. Esme has her own part of a castle on an island to occupy. He’s making sure she’s taken care of, which is more than most would do right now. He’s also keeping her out of jail. Esme hasn’t run away because she knows she can’t score herself any better accommodations or allies at the moment. Furthermore, Nikolas knows there is a chance the baby Esme is carrying really is his child, and he’s not going to turn his back on his blood ever again.

Esme’s pregnancy is trucking right along, and she hasn’t received any prenatal care that we’re aware of. When Elizabeth swings by full of curiosity about Esme’s whereabouts and why Nikolas left her practically unconscious on the pier so he could tend to Esme, he’s going to stumble over his words at first. Ultimately, Nikolas will beg Elizabeth to help him, but it’s no small favor. Not only does Nikolas want Esme to stay hidden, but he wants Elizabeth to tend to her healthcare. Elizabeth is going to balk at first because she’s certainly no doctor, buy Nik just might rope her into feeling sorry for him this time. Will she jeopardize everything to help an old friend?