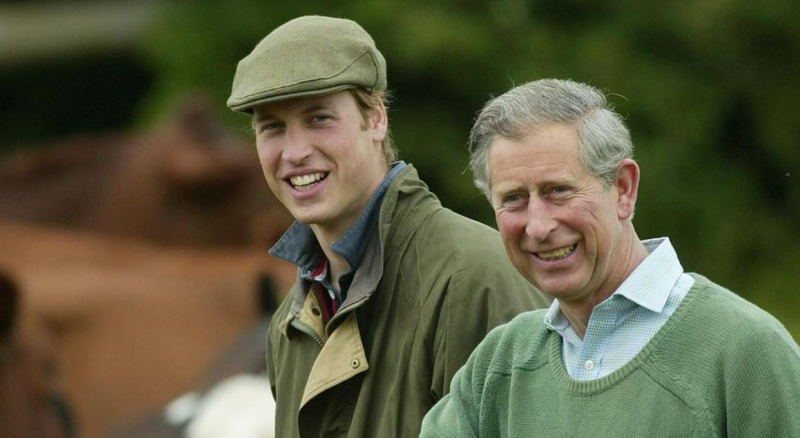 You see it all the time on social media, where people suggest that William should reach out to Prince Harry. After all, the oldest son of Prince Charles will one day be the monarch. But hello, his dad comes first and Queen Elizabeth already confirmed that. When it comes to his youngest son, is his dad simply way too soft to tackle his errant ways?

At the moment, South Africans seethe with rage over Meghan’s comments about their country when she chatted with Serena Williams. You might think that her husband had nothing to do with that. But, there were directors and a timeline and planning. In fact, it took a team of people to create the #1 trending podcast. So, not for one second, does anyone believe that Harry turning up to chat with Serena was not scripted.

Lots of people suggest that Prince Harry is definitely told what to do by his wife. But, did she tell him what to write in his hotly anticipated book? Did she tell him that he must live in the USA and engage in conversation with people like Oprah Winfrey? Certainly, it doesn’t look like there’s a gun held to his head. So, it’s no use laying all the blame on his wife. But generally, people feel something needs to be said by the royal, family to tell him to wind it in…a LOT.

William Is Concerned About Prince Harry – Is Charles?

Royal family rumors suggest that Prince William thinks that it’s high time his dad gave his brother a right royal bollocking. When expert Neil Sean talked about it this week, he said that allegedly, the Duke of Cambridge really wants the Prince of Wales to get a grip. However, the inside word is that apparently, Charles is a real softy when it comes to his boy. Neil noted that allegedly…Meghan and her husband “feel very safe” and they can virtually say what they want.

Clearly, Prince Harry and Meghan  Markle know that his dad “is a very kindhearted man.” As Neil Sean pointed out, the future king isn’t all that keen on “confrontation.” So, he won’t “want to rock the boat.” While that might be fine and dandy for him, what about prince William who will one day inherit the crown? Already, people wonder if he’s got what it takes to rein in his own brother.

Even Prince Harry might take it too far if his new book slaps at his dad’s wife, Camilla Parker-Bowles. Rumors bubble about that in the nether regions of gossip and scandal. According to Neil Sean, that might be about the only thing that would wind Charles up enough for Meghan and her husband to get some censure.