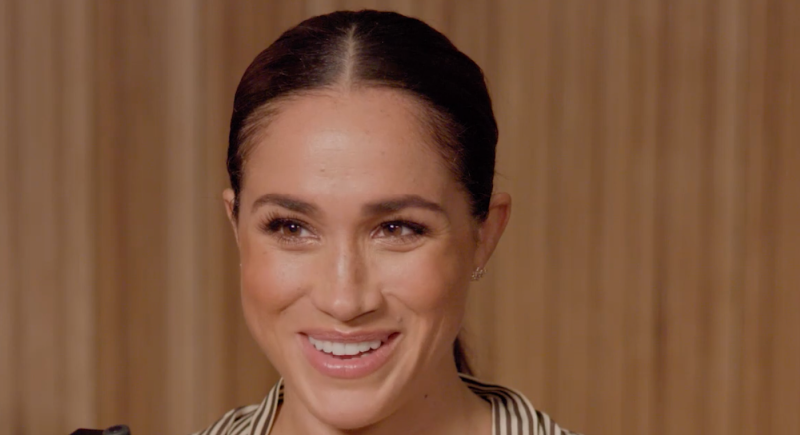 Meghan Markle is always in the media and some outlets push her claims of racism. However, people who follow the royal family seem to become annoyed that nobody appears to investigate the truth of Prince Harry’s wife’s claims. So, critics roasted the news outlet when the New York Times wrote an article about her new podcast on Spotify.

Meghan Markle Often Gets A Lot Of Negative Press

On the one hand, so much negative press comes out about the Duke and Duchess of Sussex. However, other outlets can’t seem to see any blemish upon the brow of the controversial actress. Since the infamous interview with Oprah, the racist aspect seems to get milked for clicks.

Actually, between the positive press and the negative press, it’s unclear if the positives take the lead. In fact, if she hopes to run in politics, it might take a massive image clean-up. But, not enough journalists check the veracity of anything, so folks who feel that way roasted the New York Times.

Meghan Markle is often her own worst enemy, and yet she seems determined to grab at any opportunity to stay a celeb with wild celeb-styled headlines. Actually, she became so unpopular that a charity in the UK that welcomed their upcoming visit ended up slammed as well. Across the ditch in the USA, people are fed up with her. Meanwhile, in the UK, a lot of people claim they want both of them to disappear from their screens.

The Post That Roasted Meghan Markle & The New York Times

On August 24, The New York Times posted up about the first new podcast episode that the Duchess of Sussex did with Serena Williams.  The word “Archetypes” worked people into a fury. Then, the article itself annoyed people as well. So, they lambasted the outlet for writing up poor stories. In fact, they wonder why nobody actually checks out the things that she claims as the gospel truth.

One of the first comments about the Meghan Markle post said “The first episode should consist of someone asking Mrs. Markle to define the word “archetype.” But things went downhill from there. @arjunch23974168 asked, “Feminism and archetypes? Do people at NYT even read what they write? Do you guys think putting stuff like archetype in the text makes you look edgy and cool? Pass.”

This horribly distorted, lazily written PR even repeats Markle's vague slurs about the Royal Family being racist, with no proof, or any attempt at fact checking. The Pinocchio Duchess spends an unearned fortune on publicists and they've clearly got @nytimes in their pockets.

The ny slimes promoting crap! It’s their dna and will never change! Not a journalist on staff!🇺🇸😎

Most of all, people seemed upset because the Duchess talked about a fire in a South African room. Apparently, her son could have been injured. But, nobody buys the story that it ever happened. Actually, one comment slammed more than just the New York times.

It took 28 people, including 8 executive producers, + Meghan herself, listed as an EP in the credits, & 20 months to make this podcast. It advanced Meghan's fake Royal Family victim narrative w/ a completely unknown/unverified, even by royal reporters who were there, fire story.