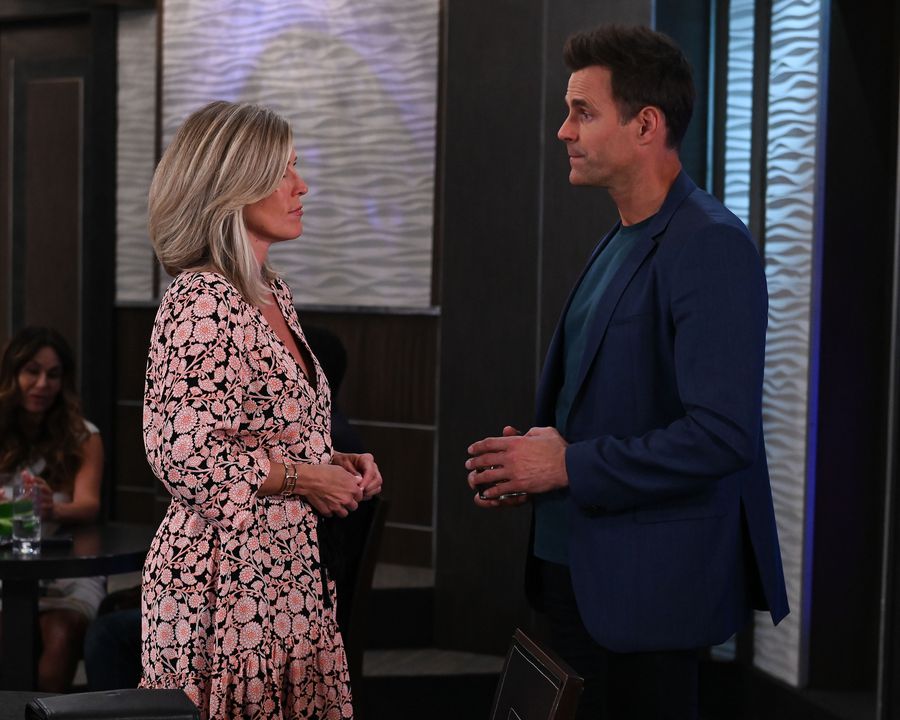 General Hospital spoilers tease Carly Spencer (Laura Wright) has a secret that is eating her alive. Ever since Harmony Miller (Inga Cadranel) told Carly that Willow Tait (Katelyn MacMullen) was really Nina Reeves’ (Cynthia Watros) daughter — and Nelle Benson-Jerome’s (Chloe Lanier) twin — Carly has carried the secret hoping to take it to her own grave like she thinks Harmony should have.

Initially, Carly was deliberating over telling Willow the truth, but she was grieving the loss of the only mother she had ever known at the time and Carly didn’t want to take that away from her. Further, Willow told Carly she didn’t want to know who her birth mother was because it would probably turn out to be someone awful like Nina. So, Carly resigned herself to keeping the secret. There just was one problem — she had already told Drew Cain (Cameron Mathison) what Harmony had said. A DNA test later confirmed Harmony’s confession was true, but Carly decided to carry the burden of the secret alone and told Drew they weren’t a match.

Once Michael Corinthos (Chad Duell) tells Carly the real reason Willow is looking for her birth parents is that she needs a life-saving bone marrow transplant, Carly is going to know she’s out of time. She has to tell the truth as this is a matter of life and death. She decides to start with Drew, given that she lied to him in the first place. He deserves to know that. When she tells him about her deception, he won’t be happy, but he’s going to understand that she was trying to keep her promise to Harmony about protecting Willow from Nina, while at the same time honoring Willow’s wish of not wanting to know who her birth mother was — and allowing Drew to move forward not carrying such a heavy secret. He knows she had the best of intentions and will overlook her misstep. Will Michael, Willow, and Nina be as forgiving?

Instead of telling everyone she has known the truth and facing the consequences of her actions, Drew thinks he may be able to keep Carly’s indiscretion to himself and pretend he discovered Willow’s mom was Nina all on his own. Carly will be grateful that he even wants to try to help her keep her relationships with Willow and Michael intact, as well as avoid any allegations from Nina that Carly was once again trying to rob her of knowing her child. Drew drums up some “evidence” that he can use to paint a roadmap for Willow as to how he found who he thinks is her birth mother. Will it work?

Willow is going to be in disbelief that Nina — of all people — could be her mother. Willow is already a mother to Wiley Corinthos (Viron Weaver), whose birth mother Nelle would be Willow’s twin sister. The odds that any of this is true are unbelievable and sound like a soap opera! How could Willow’s worst enemy turn out to be her mother?

Before Willow will even entertain getting a DNA test, she’s going to analyze the alleged roadmap of clues Drew gave her, and she and Michael will both realize they don’t make sense. How did Drew really come to the conclusion that Nina is Willow’s birth mother if he made all of this up? Will Carly be forced to come clean, or will Drew try to cover for her? Stay tuned as more General Hospital news and spoilers break on this storyline!