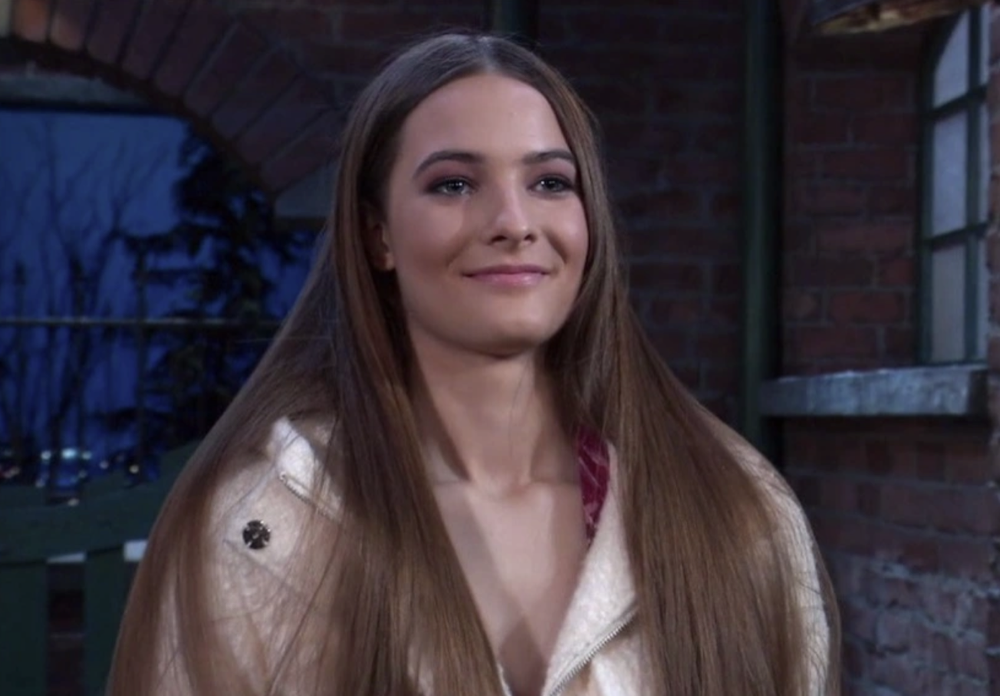 General Hospital spoilers tease Esme is on her way back to Port Charles, and no one could predict what she’s bringing with her. She’s not going to show up at the front door of Wyndemere to announce her return. Rather, she will spend some time slinking around town and looking for the perfect way to attack her prey — the Cassadine family. While Esme is planning her takedown, she might need an ally, but who will she take the chance on revealing herself to first?

Esme spent much of her free time with her father, Ryan Chamberlain (Jon Lindstrom) before leaving the public eye, so it’s not a far stretch to imagine she would head right back to see him at Spring Ridge. However, it could be difficult for a known suspect in the Josslyn Jacks (Eden McCoy) and Cameron Webber (William Lipton) sex tape scandal to slip into prison to visit a crazed killer. Furthermore, Ryan might be the last person Esme wants to see if she’s feeling forgotten and jilted by him for not trying to seek her out or learn what happened to her.

Esme knows Spencer Cassadine (Nicholas Chavez) was only pretending to be in love with her so he could gather evidence to use against her in hopes of clearing Trina Robinson’s (Tabyana Ali) name. But she might be desperate enough to attempt to latch on to him one more time. After all, Spencer is down on his luck in Pentonville, and Esme may reason he can use all the friends he can get. Still, she’ll likely have just as hard of a time sneaking into Pentonville as she would Spring Ridge to see Ryan.

Joss and Cam haven’t been doing well ever since the sex tape scandal. While neither of them caused that event, it served them both a dose of trauma most couples will never have to endure. Because of that, they haven’t had much luck in the intimacy department since. Matters were only complicated further by Cam withholding the truth about what Spencer was up to and not sharing what he knew with Joss. As a result, Joss is now finding herself pulled in another direction — toward Dex Heller (Evan Hofer) — and not feeling all that bad about it. Tit for tat? Maybe, but if Esme catches on to their troubles in paradise, she just might try to weasel in and befriend Cam while he’s down and out. Will he take the bait?

Of course, there is a much more likely liaison that could be of help to Esme, and may have been in the weeks since she went missing, and that person is Victor Cassadine (Charles Shaugnessy). Will Esme reveal herself to Victor, and what will he do with that information if she does? Victor has been pressing his nephew, Nikolas Cassadine (Marcus Coloma), to do as he wishes, but Nik has resisted. Will Esme be the leverage Victor needs to get Nik to bend to his will? Who are you hoping is Esme’s ally? Don’t miss GH every weekday, and keep coming back to us for more General Hospital controversy, drama, and spoilers.