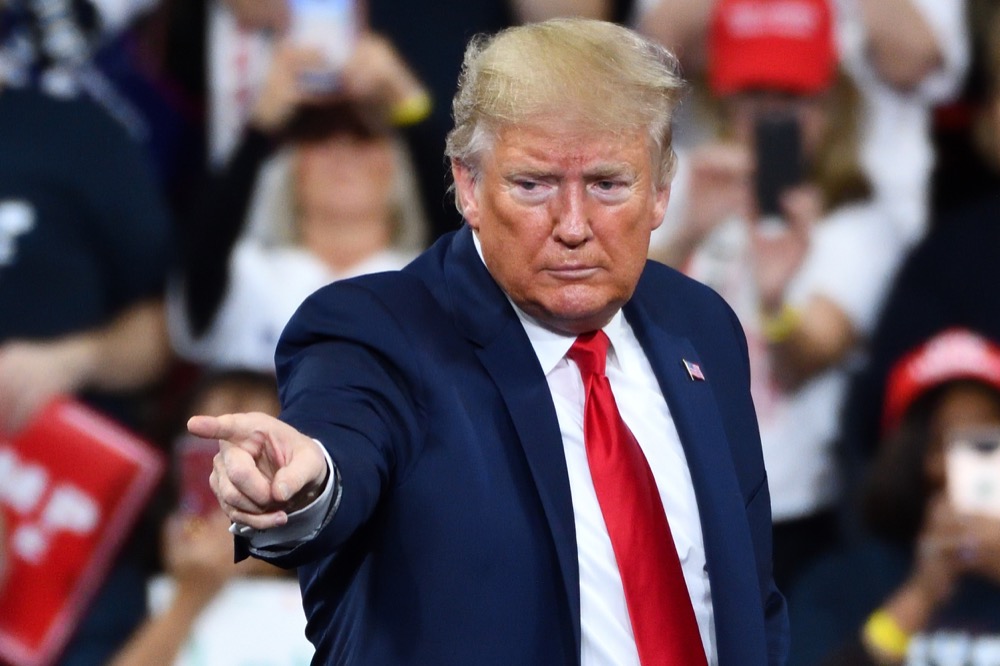 Donald Trump news reveals that the home of the former POTUS was raided by the FBI on Monday, allegedly because the former president left the White House with classified documents.

The 45th President of the United States confirmed, “that his Florida home was ‘under siege, raided, and occupied by a large group of FBI agents,’” according to the Daily Mail. “They even broke into my safe!,” he said.

The New York Times reported that the FBI raid was centered on finding, “material that Trump brought with him to Mar-a-Lago after he left the White House. The 15 boxes of material reportedly contained classified information.”

About the raid Trump said in a statement released Monday night: “These are dark times for our Nation, as my beautiful home, Mar-A-Lago in Palm Beach, Florida, is currently under siege, raided, and occupied by a large group of FBI agents. Nothing like this has ever happened to a President of the United States before.”

He added, “After working and cooperating with the relevant Government agencies, this unannounced raid on my home was not necessary or appropriate.”

Trump went on to claim that the raid was, “prosecutorial misconduct, the weaponization of the Justice System, and an attack by Radical Left Democrats who desperately don’t want me to run for President in 2024, especially based on recent polls, and who will likewise do anything to stop Republicans and Conservatives in the upcoming Midterm Elections. Sadly, America has now become one of those Countries, corrupt at a level not seen before.”

Biden's out of control DOJ is ripping this country apart with how they're openly targeting their political enemies.

This is what you see happen in 3rd World Banana Republics!!! https://t.co/tNIsinyutr

He went on to ask rhetorically, “What is the difference between this and Watergate, where operatives broke into the Democrat National Committee? Here, in reverse, Democrats broke into the home of the 45th President of the United States.”
Reports indicate that Trump was not at his palatial Mar-a-Lago estate when the raid took place. Photos posted to social media show that he was in New Jersey on Sunday.

Prior to the raid, in February the National Archives and Records Administration asked the DOJ, “to examine whether the former president violated federal law.”

After the allegation Trump said, “Following collaborative and respectful discussions, the National Archives and Records Administration openly and willingly arranged with President Trump for the transport of boxes that contained letters, records, newspapers, magazines, and various articles. Some of this information will someday be displayed in the Donald J. Trump Presidential Library for the public to view my Administration’s incredible accomplishments for the American People.”

Reupping from ⁦@mikeallen⁩ ⁦@axios⁩ this morning, photos a source gave me showing his handwriting on ripped up paper in a toilet, one in the WH and one overseas, obtained as I researched my book CONFIDENCE MAN https://t.co/wv6rrupO1n

According to the outlet, “Trump was known throughout his presidency to rip up pieces of paper, which is a violation of the Presidential Records Act,” which, “requires the White House to preserve all memos, letters, emails and papers the president touches and send them to the National Archives for safekeeping.”

Apparently, his aides took to calling his, “odd habit of ripping up papers when he’s done with them,” as his “filing system, with, “A group of staffers in the Eisenhower Executive Office Building … in charge of taping the records back together.”

Furthermore, Maggie Haberman claims in an upcoming book on the Trump presidency that Trump routinely flushed records down the toilet.

On Monday she claimed to have pictures of Trump’s notes, “stuffed into the residence toilets.” Images published by Axios on Monday purportedly show among other things, “lawmaker’s names scrawled down in all capital letters in black sharpie. Two names can be seen clearly on the paper – Rogers and Stefanik.”

Be sure to catch up on everything happening with Donald Trump. Come back here often for Donald Trump news and updates.