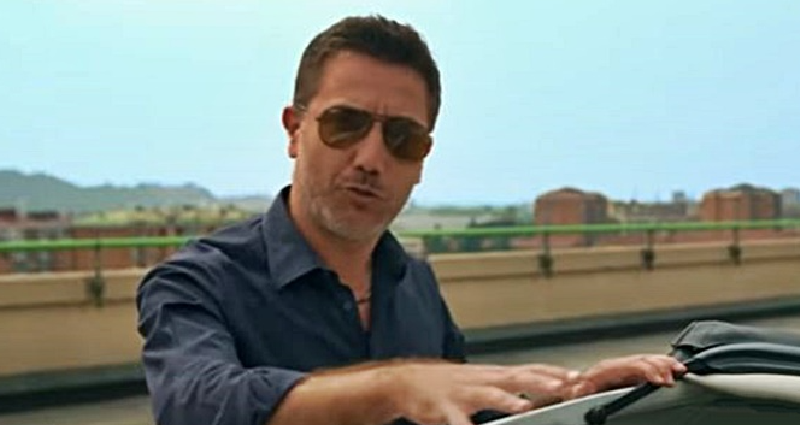 If you don’t watch British TV, you might wonder who Gino D’Acampo is. However, he’s quite well known in the UK. A chef who wrote cookbooks, he’s not quite Gordon Ramsay, but he’s a well-known face for British foodies. This week, he claimed that he turned down an invite to have teas with Her Majesty, Queen Elizabeth. Well, Neil Sean, a well-known commentator on things in “The Firm,” seems very skeptical that it ever happened. Why is that?

Gino D’Acampo Is Another Negative Story About The Queen

The royal family is always good for news items and articles. However, a lot of it seemed very negative. So, the average person becomes suspicious of the monarchy. As times move along, folks seem to respect them less. So these days, plenty of people view them as celebrities rather than anything else. Actually, these days, some critics feel that both Prince Charles and his son William are nothing more than glorified climate change activists.

Gino D’Acampo is just one story about various subs, against Queen Elizabeth. Of course, the media thrives on such trivial scandals, and Prince Harry and Meghan Markel provide any number of occasions for criticism and speculation. In fact, most outlets suggested that his book might be a devastating Tell-All that will crush his grandmother. However, recent leaks suggest it’s just a book about a kid who grew up as a royal. So, the story about a snub makes Neil Sean feel a bit skeptical.

When news broke that the co-owner of Bontà Italia Ltd. claimed he snubbed Queen Elizabeth, The Mail Online reported that the ITV cooking star said he turned down the offer to take tea with the monarch. In their story, the outlet noted that he really doesn’t like “cucumber sandwiches.” Additionally, he doesn’t drink “tea.” Furthermore, he hates dressing up in suits. So, he went on his merry way and did something else with his time. Perhaps he went back to continue planning his tea menu at his “restaurant in Newcastle upon Tyne?”

Neil Sean felt that it all seemed a bit odd that Gino D’Acampo turned it down. After all, he noted that it’s not like he would have gotten down for a cozy chat for hours on end. Additionally, he wondered where the invite was. No paperwork arrived to support his claim. After all, Queen Elizabeth doesn’t just pick up the phone and call random TV chefs over for an afternoon chat.

If An Invite For Tea Didn’t Happen – Why Say It Did?

Gino D’Acampo, Sean opined, might try and distract from the fact that he took a break from This Morning’s show when the scandal arose after his My Pasta Bar chain went into liquidation earlier this year. Coincidentally, he soon starts a new show. So, in Sean’s opinion, it could just be “a way of deflecting” from all the bad publicity that he currently gets. What are your thoughts? Did the queen really invite him for tea? Sound off in the comments below.