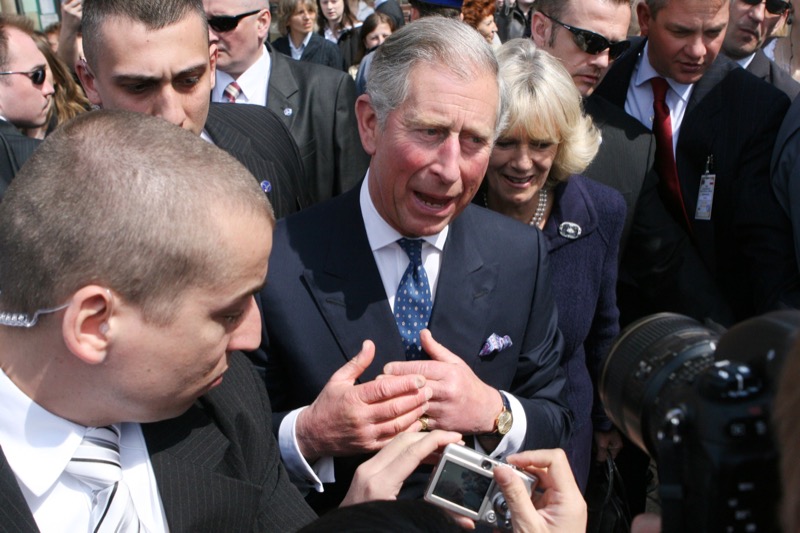 King Charles III will be having a coronation and that confirmed he’s the next monarch after Queen Elizabeth died. Obviously, as he’s in his 70s now, many people think it won’t be long before he also passes away. So, people who like Prince William look forward to a younger monarch in the near future. Perhaps that inspired the rumors that soon, William’s dad will die. People reacted on social media, so are they concerned about the rumored impending death? Read on to find out.

On social media., even those fans who support the monarchy found little that’s good to say about Queen Elizabeth’s eldest son being the new monarch. Well, it is understandable, as there were some questionable incidents in the past. Apart from rumors that Princess Diana knew that he allegedly plotted her death, there are other questions. For example, how okay was it for the future monarch to accept oodles of cash in a suitcase from a Qatari sheik? It was apparently a charitable donation but still, it raised some eyebrows.

King Charles seems to be running a tight operation and he’s working really hard right now, alongside Camilla Parker-Bowles, now the Queen Consort. It seems that the time for privacy and grief is over for Queen Elizabeth. Harry and Meghan have left for the US, and it’s back to work spending the taxpayers’ money. Now, a rumor suggests that working too hard might see the end of her son before he barely mounts the steed of leadership.

People who watched the royal family as they laid Queen Elizabeth to rest noticed that the new monarch had swollen and thick little sausage-like fingers. So,  a lot of folks mocked him. However, that might be a sign of a serious medical condition. With that in mind, The Globe ran a story about his possible heart-related issues. Quickly, IBT UK followed the story up, and it made its way to Telegram. Thereafter, it ended up on Twitter, all in the space of a week. The original story claimed via sources, that the king’s “heart is failing.”

King Charles, the rumor goes, is about to croak it very soon. Well, the news shared on Telegram brought no tears at the idea. However, there are people over there who are either decidedly Russian and wish him dead. Meanwhile, others who commented also believe aliens will help Donald Trump get back into power. And that to quote Rodriguez, a Mexican-American singer-songwriter, is “a concrete cold fact.” So, when it appeared on Twitter, a few people commented in more realistic terms. Are they worried about the rumors of impending death from congestive heart failure?

King Charles III didn’t wring any tears from those people on Twitter who saw the post on October 7. One person commented, “Do we get another day off then? 🤔”

Another one wrote, “It’s all in his name…King Charles I and II didn’t last long 😉.”

Ohhhh, interesting…..as to where that would lead us to? That is .. who’s the next in line and what they represent. Phoar…. Questions… so many questions to ponder 🤔 Like do we really need a king, queen, monarchy? when we have a political system for each country?

Another person who perhaps doesn’t understand how succession works, said, “Of–k that means Harry will be king 😟.”

Clearly, if the rumor comes true, not a lot of tears will be shed for poor Charles with his swollen sausage fingers.