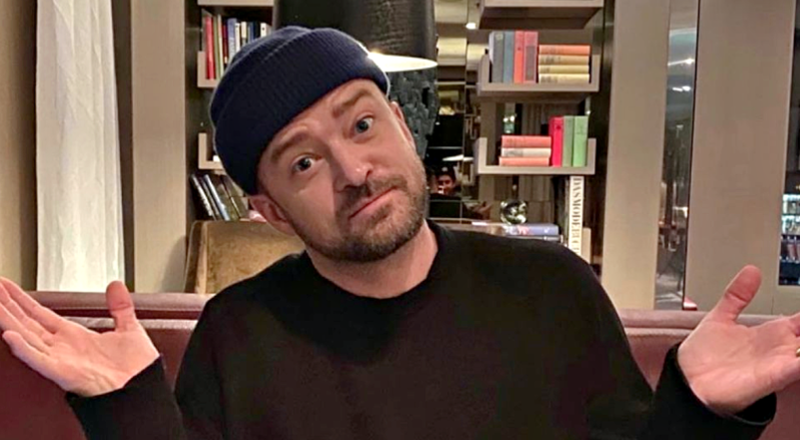 Justin Timberlake may be crying a river now that he’s being sued by John Urbano, a director who alleges that the singer, “recruited him back in 2012 to shoot and edit a documentary film about the making of his third studio album.”

According to TMZ, the album “The 20/20 Experience” was to be the source of a documentary but now the project’s director is suing Britney Spears’ former flame, “for years of hard work … according to a new lawsuit.”

According to the outlet, Urbano is not happy with the way Justin does business. In particular, the singer apparently pitched him the idea of, “an arrangement where he would share profits from the film with Urbano instead of paying him his normal fee — but Justin shelved the doc, which is why the director feels he got the shaft.”

A Director is Not Happy With Justin Timberlake

The lawsuit indicates that Urbano, “claims he filmed Justin for a total of 60 days all across the world and spent about 2,500 hours editing the footage into a documentary titled, “The Making of The 20/20 Experience.” That’s a lot of footage and clearly Urbano wants to be compensated for having to watch Timberlake over and over and over ….

TMZ reports that, “The director says if he had been paid on the front end for the project, his filming and editing fees would have reached $2,450,000 … but he says the only money he’s seen out of Justin is a modest $20,000 upfront fee, plus reimbursements for expenses incurred while filming. According to his math, Urbano’s been paid just $7 per hour for the project.”

Who Is Suing Justin Timberlake?

Urbano claims that he deserves a payday after Justin, “promised to share profits with him.” But because the film went nowhere, Urbano got nothing and, “Urbano claims Justin used his network of agents, managers, and handlers to stop the director from getting paid … and he wants compensation for an allegedly breached agreement.”

What does Justin Timberlake have to say about all of this? According to TMZ, they have asked his team for comment but they have not heard back. For now Urbano wants to be paid, but he wants even more. What would that be? Apparently, “he also wants a judge to declare he owns all the rights to the documentary.”

Be sure to catch up on everything happening with Justin Timberlake. Come back here often for Celebrity news and updates.