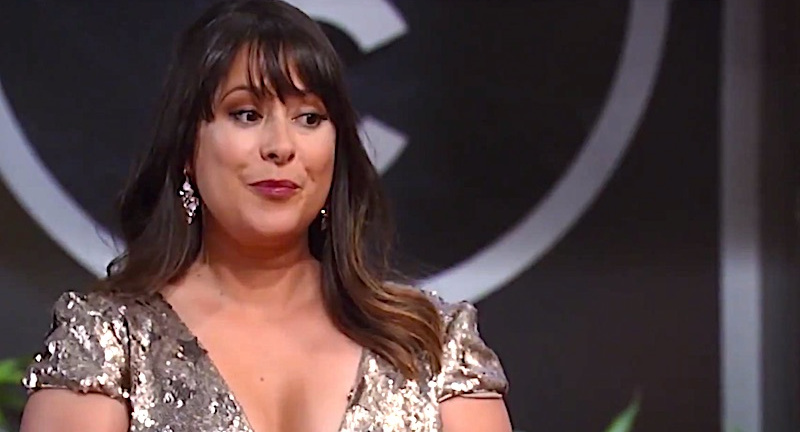 In light of everything that is happening in the world and as a mother and female herself, General Hospital alum Kimberly McCullough (Robin Scorpio) has added her voice to the fight for women’s rights – or at least the fight against SCOTUS overturning Roe v. Wade.

When the world was turning upside down and Nancy Lee Grahn (Alexis Davis, General Hospital) was stepping out and making a statement at the 49th annual Daytime Emmy Awards, her former co-star, McCullough opened up about her very own abortions, She shared on Instagram, “I’ve had 2 abortions. The first kept me from being tied to the wrong guy for the rest of my life, the 2nd saved my life. I had the choice/the right to plan for my own future. For all the young women out there right now who are scared, I promise you I will fight. I will use my voice. I won’t back down until this egregious wrong is righted.’

These two women have been known to lend their voice powerfully in fighting for women in and around America.

As McCullough explained in her social media post sometimes it is beyond a woman’s control and a decision must be made. In both cases McCullough could have been affected permanently but having the right to make the decision that she did, she was able to become a successful actress who is best known for playing Robin Scorpio-Drake on General Hospital and also a successful director. 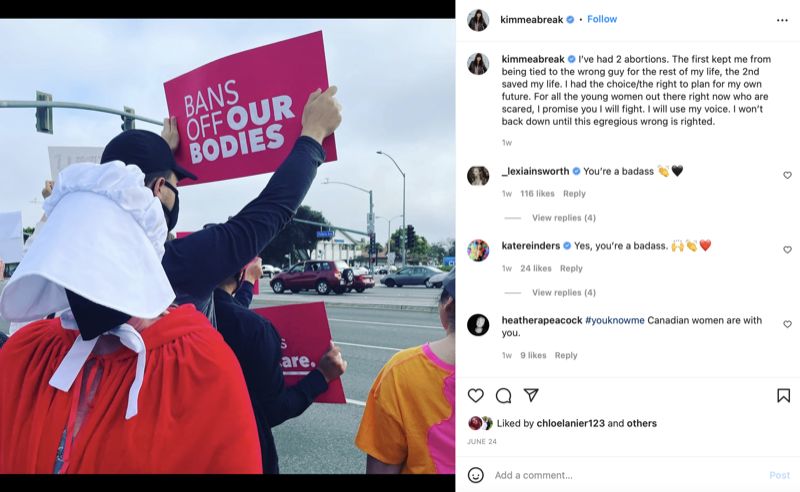 McCullough is also the proud mother of a boy, Otis, who while she keeps him away from the media seems to be growing up quite nicely. She may no longer be appearing on GH at the moment and we would love to see her back on the show but we are pretty proud of the work that she has been putting in as a director and we are even more proud of her active fight for women’s rights.

While we await the day she steps back in front of the camera, you can check out her latest gig which is a directing gig on the new Netflix series Boo Bitch which premieres on July 8th!

So, fans, do you agree with the former GH actress?

Be sure to catch up on everything happening with Kimberly McCullough Come back here often for Celebrity news and updates.