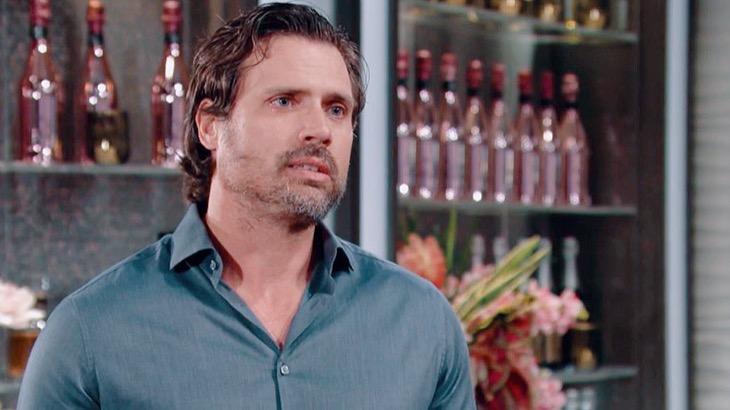 The Young and the Restless spoilers reveal Nick and Adam continuing to duke it out over Sally, but Joshua Morrow seems to know how it’s going to end up for these three characters.

The Young and the Restless: Nick And Adam Battle Over Another Woman

For some reason, Nick Newman (Joshua Morrow) and Adam Newman (Mark Grossman) seem to fall for the same woman and that always ruins whatever chance they have of getting along. The brothers try to forge some sort of friendship, but a woman always gets in the way.

Nick and Adam have battled it out over Sharon Newman (Sharon Case) and Chelsea Lawson (Melissa Claire Egan), which each engaged to and/or married to each woman at one point or another. Now, it’s all about Sally Spectra (Courtney Hope). Adam broke her heart when he dumped her thinking it would save his career from his witch of a sister, Victoria Newman, but Sally eventually lost her job anyway.

By then, Sally was already sleeping with Nick and Nick is the one who had to deliver the bad news that Victoria was firing her from her position at Newman Media. Sally wasn’t sure what to think or do at first but then decided she wanted to give it a go with Nick and they took things public. A drunken Adam then proposed marriage and Sally seems to be forever torn.

Joshua Morrow Is Having Fun, But Is This Endgame?

Joshua Morrow has been through this before with his character and he knows how triangles go while loving being a part of them. In fact, his favorite was the triangle between Sharon, Nick, and Phylis Summers (Michelle Stafford).

“My very favorite storyline was Nick’s triangle with Sharon and Phyllis. It was great television, great writing and I got to work with the amazing Sharon and Michelle,” Morrow told Soap Opera Digest. “The story took a really nice amount of time and wasn’t rushed. At the risk of sounding self-serving, I just thought it was the best triangle we’ve had since I’ve been on the show.”

As for Nick and Sally, he knows that Sally will ultimately end up with Adam, but he is loving playing this story for now.

“I don’t for one second believe that Nick and Sally have this incredible love story ahead of them because I watch Adam and Sally together and I get it,” Morrow said. “They’ve got a great connection and it’s very complex. Even though Sally is with Nick now, she can’t shake Adam and my job as Nick is to make this decision as hard for her as possible.”

Of course, fans would love to see Nick end up with Sharon again. Stay tuned to The Young and the Restless weekdays to see if that will ever happen.