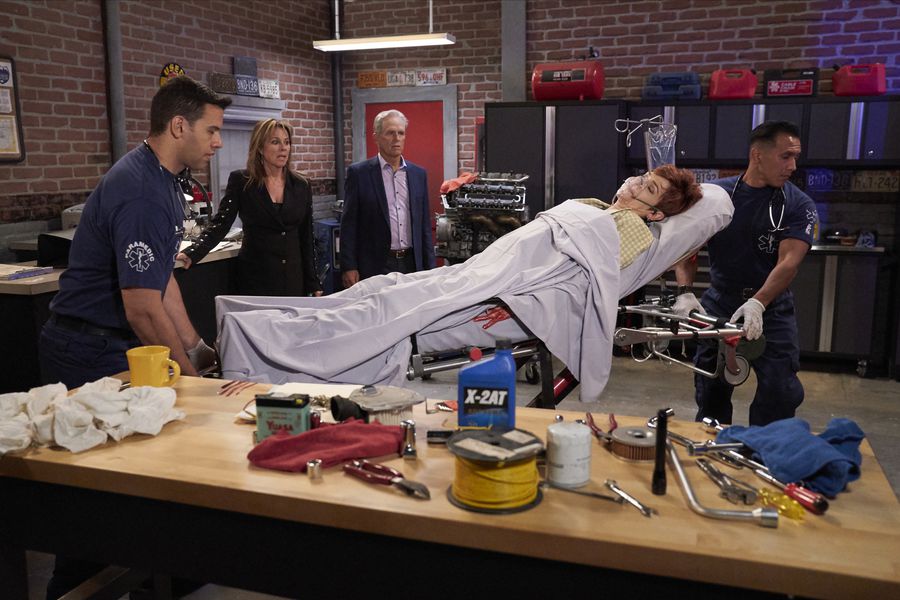 General Hospital spoilers for October 3-7, 2022, reveal even more action in Port Charles, a town that’s gotten quite interesting since a serial killer was set loose — and this killer likes to strike often, but who could it be?

It seemed logical when Ava Jerome (Maura West) was the first victim of The Hook that it could have been Esme Prince (Avery Kristen Pohl), who we all knew survived her fall from the parapet because just about everyone does. Ava sure did when Valentin Cassadine (James Patrick Stuart) pushed her and went on to marry Nikolas Cassadine (Marcus Coloma) that same night, so not sure why she thought Esme met her maker.

And she didn’t. Esme crawls back into town this week in a black hoodie with a grin on her face making sure to overhear plenty of conversations and get the lowdown on what’s been going on since she left. Of course, she also has revenge on her mind.

Diane Miller’s (Carolyn Hennesy) surgery took a whopping week as Port Charles probably had one of its longest nights ever, but now that Hamilton Finn (Michael Easton) gave her an antidote for the poison and the surgery went well, she is awake and can talk.

What Diane says will surprise all because she turned around to see her attacker and learned that The Hook is a woman. That makes it seem like the show is setting things up for Esme to take the fall, but that just seems way too obvious at this point.

Carly Corinthos (Laura Wright) is still enjoying her very own version of a Nixon Falls story without amnesia or presumed death, but with Drew Cain (Cameron Mathison) along for the ride as she tries to find a way not to have to dig up her adoptive mother’s body and maybe move it to a cemetery closer to home where she can visit all the time. This is pure soap opera, folks.

Back In Port Charles For Odds And Ends

While Carly does her thing, life goes on in PC where her dumbass son Michael Corinthos (Chad Duell) gets a proposition from Valentin. Odds are, Michael will be mean and turn Valentin down. Michael’s former bestie, Harrison Chase (Josh Swickard), makes his big debut at The Savoy to try to make Brook Lynn Quartermaine (Amanda Setton) happy. Will it work?

Finally, Kristina Corinthos makes a request of Sonny Corinthos, but things seem to go south when The Hook strikes again. Stay tuned to General Hospital weekdays to see how these stories play out.