General Hospital Spoilers: Cody Starts to Put the Pieces of his Paternity Together 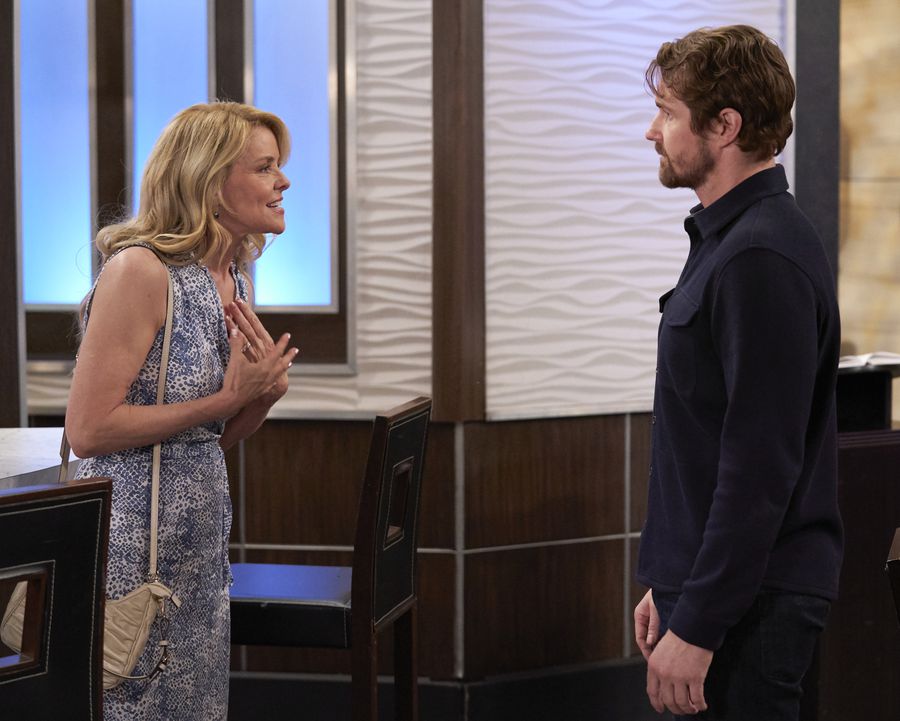 General Hospital Spoilers hint Cody Bell (Josh Kelly) is about to unearth a bombshell that will turn his world upside down. As Cody draws closer to discovering his birth father is none other than the very police officer that has been investigating him, Mac Scorpio (John J. York), he will also grow suspicious of whether Mac was ever going to tell him.

Where is Cody’s Mother?

Cody’s mother was Dominique Baldwin (Shell Danielson), who fell in love with Mac when she was practically held captive by her ex-husband, Leopold Taub (Chip Lucia). Her on-again-off-again affair with Mac never knowingly produced a child, but Dominique was kept hidden away at Shadybrook by Leopold for a long time, and she could have given birth to a baby in that time without anyone knowing. Leopold later died and took that secret to his grave if he knew about it. As for Dominique, she and Mac tried again but their relationship had seen its heyday. She moved on with Scott Baldwin (Kin Shriner) and was later diagnosed with an inoperable brain tumor that claimed her life while Lucy Coe (Lynn Herring) was just a few months into her surrogacy for Scott and Dominique — carrying their daughter, Serena Baldwin (Carly Schroeder).

Mac and Felicia’s boisterous outlook on life doesn’t exactly match up with Cody’s bullish and brooding lifestyle. Will he fit in? Does he even want to? Cody has grown rather accustomed to a life of wheeling and dealing. He’s used to backroom card games with types like Selina Wu (Lydia Look), and if anyone knows that, it’s Dante Falconeri (Dominic Zamprogna) — a longtime friend of Cody’s who seems unnerved by his appearance in Port Charles.

GH Spoilers Hints Cody is Welcomed into The Family

Mac will welcome a son into his life soon. Mac might be having second thoughts lately about how full his life really feels, never having taken the time to have a child of his own, but it’s easy to say nothing’s missing when he didn’t know he was missing out on a lifetime with a child he did have. It may anger Mac to know he can’t make up for the lost time, and he may want accountability for whoever was responsible for hiding Cody. But Mac also might recognize that Dominique did what she had to do to keep Cody safe from Leopold.

Cody may not be a bouncing baby bundle of joy, but he is the product of Mac’s love affair with Dominique nonetheless. That being said, the road to get to a happy ending will be a bumpy one, much like it was over the years as Mac helped to raise Maxie Jones (Kirsten Storms) and Georgie Jones (Lindze Lethermen). Stay tuned for more updates as Cody unravels the mystery of why Mac is so interested in investigating him.

Be sure to catch up on everything happening with GH right now. Come back here often for General Hospital spoilers, news, and updates.

Did Meghan Markle Deliberately Convey An Impression Of Isolation At The Queen’s Funeral?