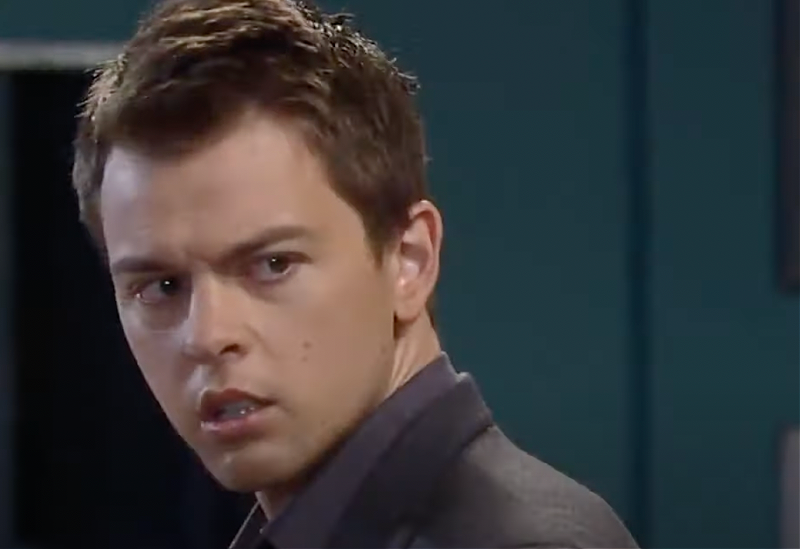 General Hospital spoilers tease Michael Corinthos (Chad Duell) has spent the better part of this year going after his father, Sonny Corinthos (Maurice Benard), on a mission to dismantle his organized crime empire. Michael is still bitter over the way Sonny handled his affairs when he came back from Nixon Falls, an alleged changed man. With little consideration for his then-wife, Carly Spencer (Laura Wright) or his children, he has since coupled up with Nina Reeves (Cynthia Watros), who has been nothing but a pest to Michael and Willow Tait (Katelyn MacMullen). So he’s not going to bat an eye if any of his plans to attack Sonny also manage to put a damper on Nina’s plans for a life with him. However, while Michael has been busy planning his revenge, he has overlooked the one person who is about to hurt him with the worst betrayal yet, and he’ll never see it coming.

Michael might have been focused on Sonny more so than Willow when he just thought his other half was expecting, but now that he knows she’s battling leukemia, his attention has been his own home. He’s spending all the time that he can with Willow and accompanying her to her doctor appointments — for the most part anyway. However, while Michael might be physically present, mentally, he’s often checked out. He can’t discuss how worried he is about Willow with Willow. So he’s keeping it all in and hoping she will reveal the truth to their family soon so that he can possibly talk to someone about how he feels as he braces himself for the possibility that he could lose Willow and their baby. Soon, bone marrow donation is going to become a pivotal life-saving measure for Willow. They have to find her birth parents!

It’s going to devastate Michael when he finds out Carly was the sole factor in why they couldn’t track down her birth parents sooner — even with Willow’s life on the line. When he discovers that Carly knew Nina was Willow’s mother all along — since before she was even diagnosed with cancer — he’s going to see red. Michael thought there was no way he could ever be angrier with anyone than he has been with Sonny, but Carly will take his rage to new heights.

Michael’s plan to destroy Sonny just might take a back seat to what he will plot next for his mother. She’s already lost her marriage, her business, and will likely lose her relationship with Drew Cain (Cameron Mathison) when the truth comes out about what she’s done. What could he possibly take from her next? Will this be the event that pushes Michael over the edge and takes him from being a son that has railed against his crime lord father to paint a clearer picture of the Corinthos name, to his father’s son who is bent on vengeance toward his parents, no matter the cost? Stay tuned for more General Hospital news and spoilers as we continue to dish them out!