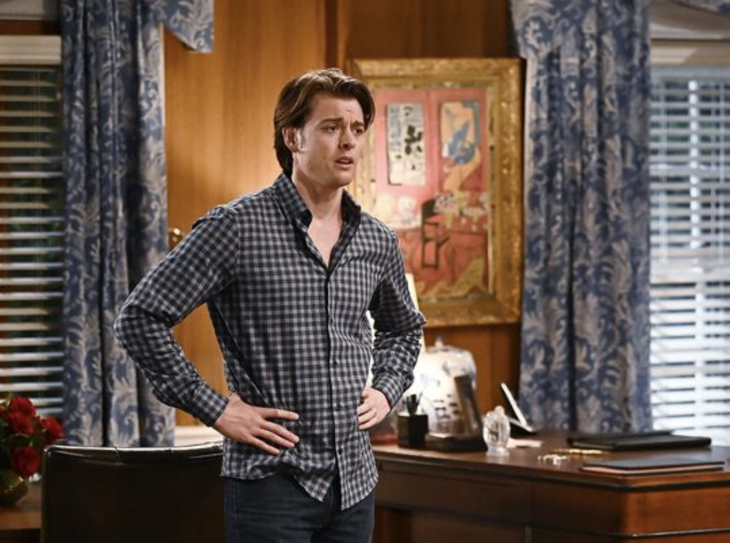 General Hospital spoilers tease Josslyn ‘Joss’ Jacks (Eden McCoy) hasn’t been listening to her own logic as she continues to pursue some sort of relationship with Dex Heller (Evan Hofer) while still firmly coupled up with an oblivious Cameron ‘Cam’ Webber (William Lipton). Likewise, her brother, Michael Corinthos (Chad Duell) isn’t listening to his own heart, nor that of his other half, Willow Tait (Katelyn MacMullen), who recently encouraged him to give up his agenda against his dad, Sonny Corinthos (Maurice Benard).

Furthermore, Dex isn’t listening to Michael’s command to stay away from his little sister. Michael doesn’t have the bandwidth to monitor Dex’s every move, but when he notices his henchman for hire isn’t following orders, he’ll go around Dex entirely in an attempt to put a stop to his canoodling with Joss for good.

Dex might be paid handsomely by Michael to act as an associate for Sonny and gather evidence on the inner workings of his organized crime business in hopes of bringing it all down, but when it comes to how he spends his free time, that’s none of Michael’s business.

Generally, Michael would agree, and he’s not interested in policing Dex’s private affairs. However, when said private time includes hooking up with his little sister, Michael is going to have a problem. Dex might think Michael is just being an overprotective older brother, but he’s genuinely worried Joss’ involvement is both dangerous to her and a risk to his overall plan. Dex should understand this, but he seems more interested in indulging his attraction to Joss than his commitment to Michael’s takedown.

Michael isn’t going to wait around hoping Dex comes to his senses and steps back from Joss — and there’s certainly no reason to waste his time trying to counsel his little sister into doing the same. Instead, he’s going to go around Dex and take pretty severe action to make sure the ties between Dex and Joss are severed. If he can’t get Dex to back away because Michael wants him to, surely, he can get Joss to back away because Cam wants her to, right? When Michael drops hints to Cam that Joss is getting mixed up with Dex in more than one way, Cam may not be stunned, but he’s going to confront Joss.

Joss won’t be happy her boyfriend has found out about her boy toy. She’s been avoiding having to face the music on this front, and she truly didn’t ever want to hurt Cam. Will she apologize and back away from Dex? It’s unlikely. In fact, she just might use this as her way out of the relationship, and it could blow up in Michael’s face in a way he doesn’t see coming. Regardless, Dex isn’t going to be happy with Michael for meddling, and Joss is going to be furious and possibly misdirect her anger in her brother’s direction. Is it Michael’s place to tell Cam the truth? Probably not, but should Dex have listened to him? Let us know what you think, and keep tuning in for more General Hospital news and spoilers just ahead!