The Bold and the Beautiful Spoilers: Runaway Deacon Shocks Hope – Does She Suspect He Helped Sheila Carter? 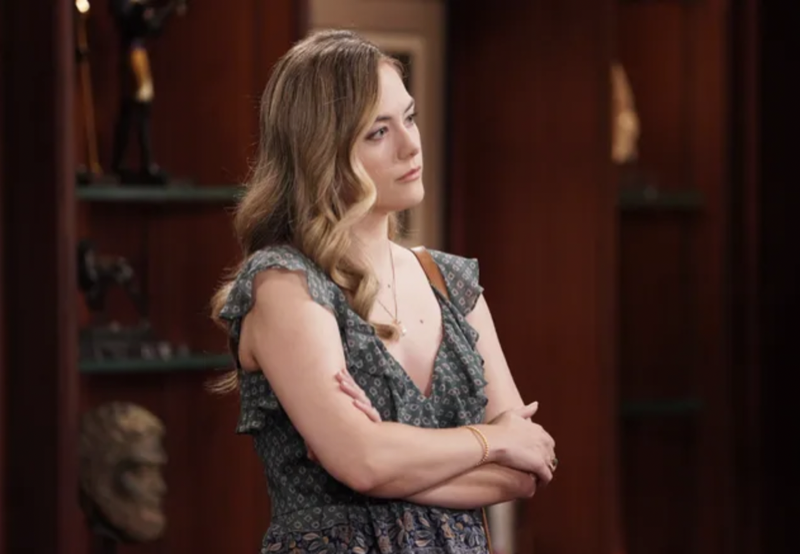 The Bold and the Beautiful (B&B) spoilers tease that Deacon Sharpe’s (Sean Kanan) decision to go on the run after Sheila Carter’s (Kimberlin Brown) sighting could prompt Hope Logan (Annika Noelle) to suspect her father had something to do with the evil villain’s stay in Los Angeles. Hope could guess that Deacon helped Sheila, so he decided to go on the run.

Deacon came up with a bogus story about needing to go to Italy immediately to secure funding to purchase Il Giardino. Of course, we all know that story is a lie, and he’s trying to avoid getting caught up in the Sheila mess.

Hope could stop by her dad’s apartment only to find that he was not there. That could prompt her to head over to Il Giardino’s to see if he’s working. That’s when Paul (Hollis W Noelle) will fill her in about Deacon’s whereabouts. He may even tell her that Deacon’s parole officer approved his trip to Italy to turn Il Giardino’s into Deacon’s Place.

Hope won’t believe this story is true. She probably thinks her father is up to something and worries he’s in trouble. She may not immediately suspect that Deacon could be involved with Sheila, but sooner or later, she’ll start to see a connection.

Hope has defended her father to Steffy Forrester (Jacqueline MacInnes Wood) and John ‘Finn’ Finnegan (Tanner Novlan). She didn’t think they had a right to question her dad about Sheila as he’s a changed man. She also pressed Brooke Logan (Katherine Kelly Lang) last week about reuniting with her dad. Hope thought it was a good idea to consider reuniting with Deacon as he loves her mother. Now, Hope will begin to wonder if he tricked her and never changed. She concludes he could be involved with Sheila and the reason the evil villain is roaming the streets of Los Angeles.

Now that Deacon helped Sheila stay hidden for months; he will have a big problem on his hands. It could send him back to prison if the police find out about his connection to Sheila.

B&B fans, do you think Hope will figure out Deacon helped Sheila? Keep watching Bold and the Beautiful, airing weekdays on CBS and streaming on Paramount Plus. This site is a leading source for everything linked to The Bold and the Beautiful. Check back regularly for B&B spoilers and news!

The Young and the Restless Spoilers: Sally Weighs Her Options, Will She Give Her Baby Up For Adoption?