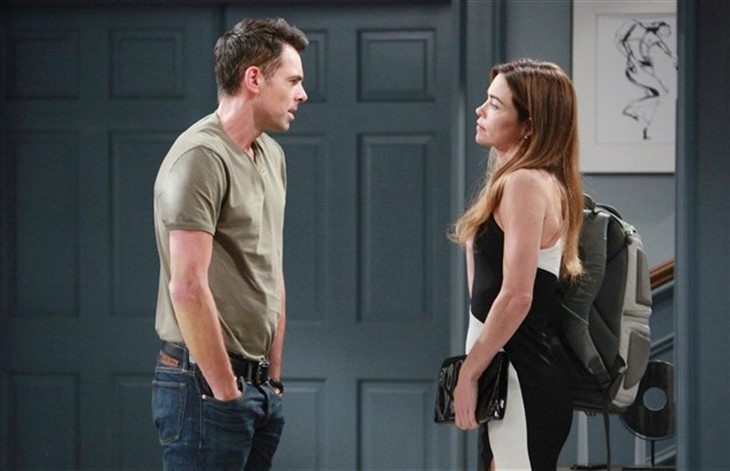 The Young and the Restless (Y&R) spoilers tease that Billy Abbott (Jason Thompson) will upset Victoria Newman (Amelia Heinle) about their son, Johnny Abbott (Paxton Mishkind). Billy thinks it’s good for Johnny to build a relationship with his half-sibling, Connor Newman (Judah Mackey). Victoria disagrees and could plot a way to keep Chelsea Lawson’s (Melissa Claire Egan) son away from hers.

At first, it was weird between Johnny and Connor. Chelsea wasn’t in her right mind when she dropped the bomb on Johnny that she was his birth mother. It was shocking, to say the least.

Johnny asked her to give him space. He wasn’t interested in a relationship with her, which made Victoria happy. She knows she cannot compete with the natural bond Chelsea would have with Johnny, being his birth mother.

Then Chelsea tried to commit suicide. She would have been successful, but Billy saved her life. Being Johnny’s father, Billy supports the idea that Chelsea and Johnny get to know each other.

After Chelsea’s breakdown, Connor and Johnny bonded. They have been good friends ever since. Even so, they both admit that it’s a strange concept that they are brothers.

During the week of December 26, Victoria and Billy will chat about Johnny. Victoria told Chelsea last week that she was concerned about her connection to Johnny and wasn’t comfortable with Johnny and Connor getting close. She wouldn’t prevent it, but it made her feel uneasy.

This chat with Billy will likely be about the same thing; only Victoria will try to get her ex-husband on her side. Billy will probably support Connor and Johnny’s friendship and tell his ex she has nothing to worry about.

The Young and the Restless spoilers state that Billy will go a step further by suggesting to Victoria that the boys should get to know each other not as friends but as brothers. That bombshell would stun Victoria and result in an explosive fight with Billy.

It sounds like there will be some Villy drama next week, and the fans couldn’t be happier about it. Y&R fans, do you think Connor and Johnny will get closer? Will it bother Victoria? Keep watching Young and the Restless, airing weekdays on CBS and streaming on Paramount Plus. This site is a leading source for everything linked to The Young and the Restless. Check back regularly for Y&R spoilers and news!

The Bold and the Beautiful Spoilers: Runaway Deacon Shocks Hope – Does She Suspect He Helped Sheila Carter?