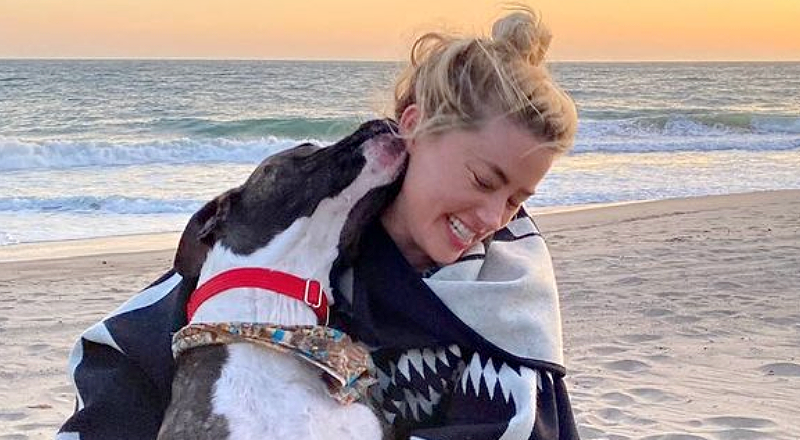 The FBI has become involved with the Australian government’s inquiry into allegations that Amber Heard perjured herself in 2015. The case stems from an instance in which Heard and her ex Johnny Depp allegedly brought their, “two teacup yorkies, Pistol and Boo, into Australia on a private jet in May 2015 while Johnny Depp was filming the fifth “Pirates of the Caribbean” movie.”

According to the Law&Crime Network, the government is looking into the matter in which Heard is accused of smuggling the dogs into the country. Retired FBI agent Bobby Chacon told the outlet that, “it would not be unusual for the FBI to assist a foreign government with an investigation such as this one.”

The outlet reports that, “At the time, Australian authorities demanded Pistol and Boo be taken out of the country or euthanized. Australia has strict guidelines for bringing cats and dogs into the country due to concerns over biosecurity threats.”

Apparently Depp arranged for the dogs to be flown back to the US amid a feeding frenzy in the media over the welfare of the dogs.

“Australian authorities charged Heard in July 2015 with illegally importing the dogs into country, according to the Daily Mail. In April 2016, Heard pleaded guilty to a lesser charge of falsifying travel documents and recorded a video, with Depp by her side, apologizing for the incident. Heard blamed jet lag and sleep deprivation for the error.”

However, in 2020 at Depp’s libel trial against The Sun, his former estate manager, Kevin Murphy, swore under oath to a different version of events. At that time Murphy allegedly testified that he repeatedly informed Heard (by email and phone) that she could not transport the dogs to Australia, “because the proper paperwork had not been completed and arrangements had not been made for the dogs to be quarantined. Murphy also testified that Heard wanted him to ask her former assistant, Kate James, to take the blame for Heard lying on forms where she did not declare Pistol and Boo.”

Last week a spokesperson for the agency investigating Heard told Law&Crime that, “The Department of Agriculture, Water and the Environment is investigating allegations of perjury by Ms. Heard during court proceedings for the 2015 illegal importation of two dogs into Australia. As the matter is ongoing, the department cannot make any further comment.”

In October 2021, Australian Senator Glenn Sterle expressed outrage that Heard had not been charged and noted that the investigation had been underway for more than a year.

“How can it take 12 months?” Sterle asked. “We know the evidence that was there. In there came the celebrities that thought they were above Australia’s biosecurity laws?”

Be sure to catch up on everything happening with Amber Heard. Come back here often for Celeb news and updates.

Will Prince William and Kate Middleton’s Son Prince George Work A Summer Holiday Job At The Age of Eight?