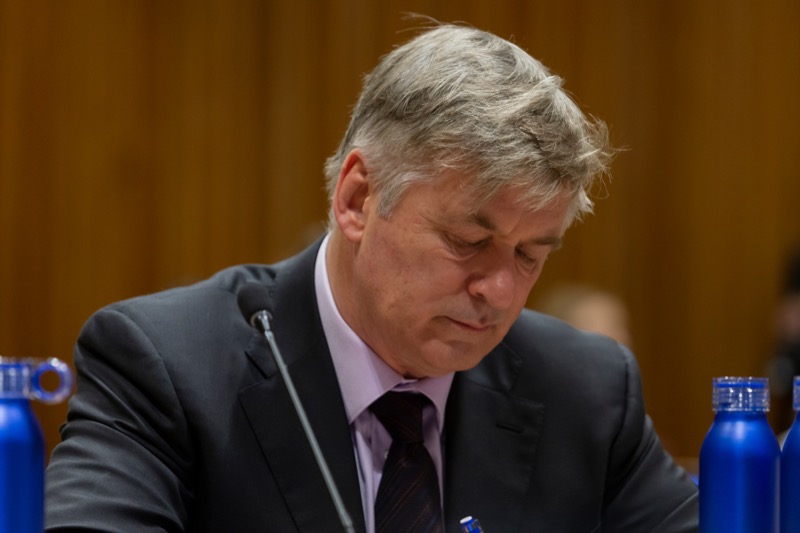 Legal experts have weighed in on a possible motive for calling a truce and teaming up to finish the Alex Baldwin’s movie Rust whose set saw the October 2021 tragic shooting death of Halyna Hutchins. Read on and we’ll give you the low down.

Just over a year after actor/producer Alec Baldwin accidentally shot and killed ‘Rust’ cinematographer Halyna Hutchins on that fateful Thursday in October, producers, still embroiled in litigation and possible criminal liability, are seeking to finish the movie over the next several months (via The Hollywood Reporter).

In order for such a move to make any sense, a private settlement had to be made with the Hutchins estate. Such a deal was announced on October 5, but it is still awaiting the court go-ahead (via CNN). The deal would effectively end the wrongful death suit brought against producers by the Hutchins family on February 15 of this year. It also makes her widower, Matthew Hutchins, an executive producer for the film.

Such a settlement represents a complete 180-degree turn for Halyna’s husband. Shortly after filing the suit, Hutchins told NBC Today’s Hoda Kotb that there were a number of industry standards that were not practiced, and there’s multiple responsible parties,” before pointing Baldwin’s way, saying, “The idea that the person holding the gun and causing it to discharge is not responsible is absurd to me.”

At the same time, he said, “I have no interest in engaging in recriminations or attribution of blame (to the producers or Baldwin). All of us believe Halyna’s death was a terrible accident. I am grateful that the producers and the entertainment community have come together to pay tribute to Halyna’s final work.”

Rust Movie Needs to Be Completed

Entertainment attorney Bryan Sullivan, who often works as a legal strategist for independent productions, noted that “the whole point of creating [Rust Move Productions] is for liability purposes.”

On such productions, such “special-purpose entities” are used as financial vehicles, providing management, accounting, and tax advantages that act as umbrellas allowing producers to treat productions as companies.

Entertainment attorney Nick Soltmann said, “Rust doesn’t have a lot in the way of assets outside of the rights to the picture, and the only way that’s worth anything is for it to get done,” adding, “It’s less a question of what Rust Movie Productions wanted and more a question of what they could offer to him.”

Be sure and stay up to speed on this and all “Rust” news. Return here often for more Alec Baldwin news and updates.