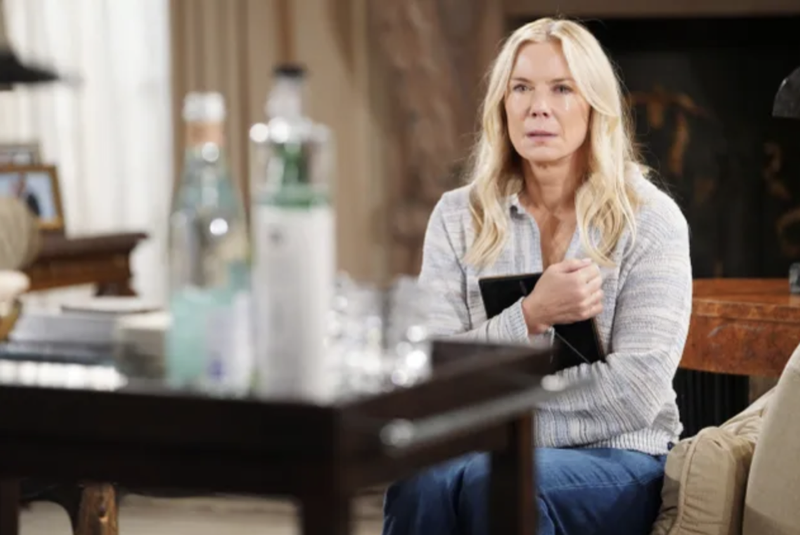 The Bold and the Beautiful spoilers document that Brooke Logan Forrester (Katherine Kelly Lang) appears unlikely to retain that moniker for long. Ridge Forrester (Thorsten Kaye) does not want to be married any longer and told her they were done.

Taylor Hayes (Krista Allen) is the woman Ridge rebounded to, while telling Brooke that is not true. But viewers know he is withholding the truth from Brooke by refusing to detail what is driving his latest tantrum.

Meanwhile, Hope Spencer (Annika Noelle) has no idea that Thomas Forrester (Matthew Atkinson) has created chaos in her mother’s life. His devious plot to make it appear as though Brooke wanted to take his son from him has enraged Ridge.

Bold And The Beautiful Spoilers – Feeling Betrayed In Aspen, Colorado

Ridge believed that Brooke was lying to him. After giving her a chance to come clean at the Logan mansion, Ridge perceived Brooke’s dishonesty was reinforced in the woods.

The beautiful fall setting was intended to be what it became, the memorable location shoot where the Brooke, Ridge, and Taylor triangle shifted. No longer was Brooke ruling Ridge’s mind and heart. Instead, Taylor was the antidote to Brooke’s incessant drama.

The belief that Brooke betrayed him was presented as the somewhat believable reason why Ridge would not explain why he suddenly wanted a divorce and reunited with Taylor.

Unless Brooke catches a soapy break, she is heading toward divorce. Talk of destiny is wishful thinking because Ridge’s stubbornness will not allow room for the benefit of the doubt.

Ridge has often needed to defend Brooke who, at times, was guilty of creating mayhem. Her ability to sabotage marital stability goes beyond the eight marriages to Ridge. That backstory proved ripe for Thomas to exploit.

It would be fair to use another directional word and claim that Thomas has reached the bottom of the daytime barrel by framing Brooke. He was willing to go well beyond Steffy Forrester Finnegan’s (Jacqueline MacInnes Wood) phone call trick at the cliff house, where she prevented Ridge from knowing Brooke called his smartphone.

For Thomas to have Hope believe that he has changed is rather remarkable, considering all he has done to her and others in recent years. But Atkinson’s character saw Brooke as a threa to his plans to parent Douglas Forrester (Henry Joseph Samiri) full-time and decided to go all-in. Hope currently bought it. But devoted viewers know she could easily prove to be the person who exposes Thomas’ manipulative lies on B&B.