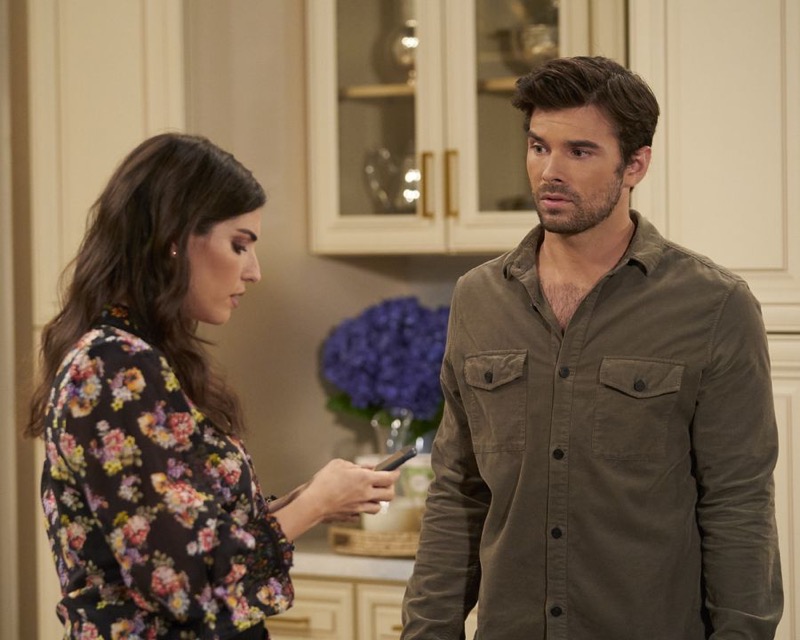 General Hospital spoilers reveals it’s been a fun stretch for Brook Lynn Quartermaine (Amanda Setton) and Harrison Chase (Josh Swickard). The last several months have been spent in a bit of a bubble with neither one of them having any real life responsibilities ever since Bailey Louise Jones (Landon and Jett Prizo-Berendt) made her way back to her rightful mama — Maxie Jones (Kirsten Storms). Fumbling through their feelings, Brook Lynn and Chase managed to meet each other halfway and develop an awkward relationship that fans are hoping will turn into more. But is Brook Lynn going to botch this relationship before it can even take flight?

General Hospital Spoilers — Dante’s Request is Asking too Much

On a recent date night with her beau at The Savoy, Chase was preparing for his big debut to all of Port Charles. Elsewhere, Brook Lynn was chatting up Dante Falconeri (Dominic Zamprogna) about Chase’s new choice in career, which Dante clearly celebrated but didn’t take too seriously as he told Brook Lynn he was going to need Chase back on the force. Brook Lynn’s face sank.

She’s been having so much fun being Chase’s agent and interacting with him in a musical way, and she doesn’t want that to end. But Brook Lynn is an adult. She’s not going to tank Chase’s career over some juvenile fun. Would she tank his job prospect for her own career aspirations though? That’s another story.

Brook Lynn thought he time in the music industry died with Nell Benson-Jerome (Chloe Lanier) slicing her windpipe. Instead, Chase has breathed new life into those sails and Brook Lynn’s dreams of becoming famous for her talents in the music industry are alive again. She may not be ready to part with them, but will it come at the cost of parting with Chase?
GH Spoilers Indicate Brook Lynn Knows Right From Wrong

It’s hard to say whether this union would’ve happened at all if Chase hadn’t been suspended from the PCPD for assaulting someone — twice. With all that free time on his hands, he was more apt to getting wrapped up into Brook Lynn’s scheming. Regardless, they’re a couple now, and Brook Lynn knows she’s supposed to be the doting girlfriend who puts Chase’s needs before her own. Will she be able to do that? Not many Quartermaines have.

Dante told Brook Lynn he needed to talk with Chase, but the long short of it was that a simple letter of support from Brook Lynn would get Detective Harrison Chase back on the police force. Will Brook Lynn be willing to extend this support to Chase? How will he handle it if she refuses? It looks like she’s in a serious pickle, and we can’t expect too much in the way of moral behavior from any Quartermaine who is on the losing end of a deal. How do you hope the relationship plays out with B.Q. and Chase? Let us know, and keep coming back for more GH news and spoilers every day.