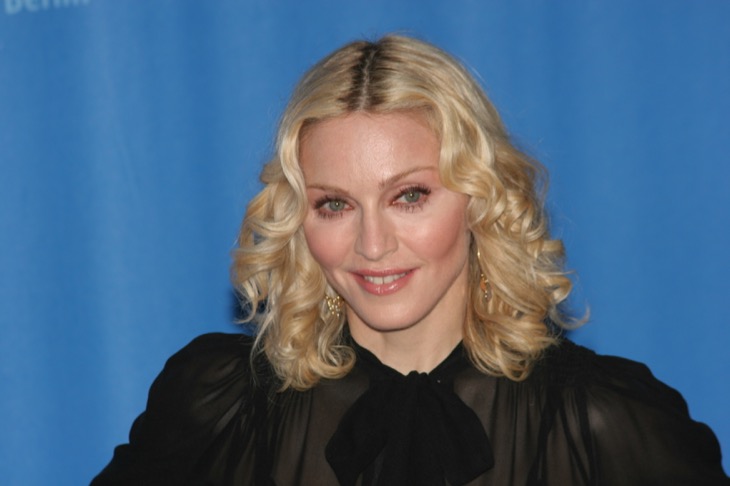 Madonna is not even slightly concerned about what people think of her on the internet. Madonna’s recent online actions, from her semi-nude photos to lip-syncing of people’s songs speaks of one thing- and one thing only, and that is “unbothered.”

Before I go into the dog bowl water stuff, left me start by explaining how and why Madonna, 64, did what she did.

This started after 50 Cent decided to rekindle his trolling on the “La Is La Bonita” singer. Madonna made a video of herself lip-syncing Baby Keem’s rap song Vent, “Have you ever been punched in your motherf**king face? What you say, oh you haven’t? Alright, wait” and, unprovoked, 50 Cent dissed the “Like a Prayer” singer by posting on his Instagram story, “I told y’all grandma was on bulls**! like a virgin at 64. LOL.”

Like I said earlier, Madonna doesn’t care one bit about what the rapper said of her, she instead posted a TikTok video of herself in a black sheer outfit dancing and tweaking for the camera.

Apparently, Madonna’s silence on 50 Cent’s troll didn’t sit well with the rapper as he made another post saying, “Madonna Using Rap Music for Clout on TikTok is Pathetic and Truly Disturbs my Spirit.”

The most recent action of Madonna is the one that got fans riled up because, trust me, her action was inexplicable. Madonna made a video of herself lying semi-prostrate on the floor with her face and tongue facing a silver bowl meant for a dog. She proceeded to make a movement that looks like she was licking water from the dog bowl. The “Into the Groove Singer” proceed to lip-sync one of her songs “I Wanna Be Your Dog.”

Taking to Twitter, Madonna’s fans didn’t take it lightly with her while bashing her for her disgraceful attitudes. Someone said, “Grow up already!!!” A second wrote, “Your to old to be licking a dog bowl..your not the material girl no more your like the stupid nut job girl [sic]. I wouldn’t let my dog drink out of a bowl Madonna licked!’

Be sure to catch up on everything happening with Madonna right now. Come back here often for all the Madonna’s spoilers, news, and updates.

Allison di Lorenzo is a San Francisco native easily wins every "Friends" and "The Office" trivia nights with her friends. A huge fan of the Giants, she's still unsure why Kanye West used Oracle Park to propose to his then-girlfriend Kim Kardashian in 2013. When she's not watching Disney Plus with her two cats, Allison enjoys a refreshing coconut flavored boba, Vietnamese tacos and all of the simple things in life, like a grand slam poetry night out with her friends.